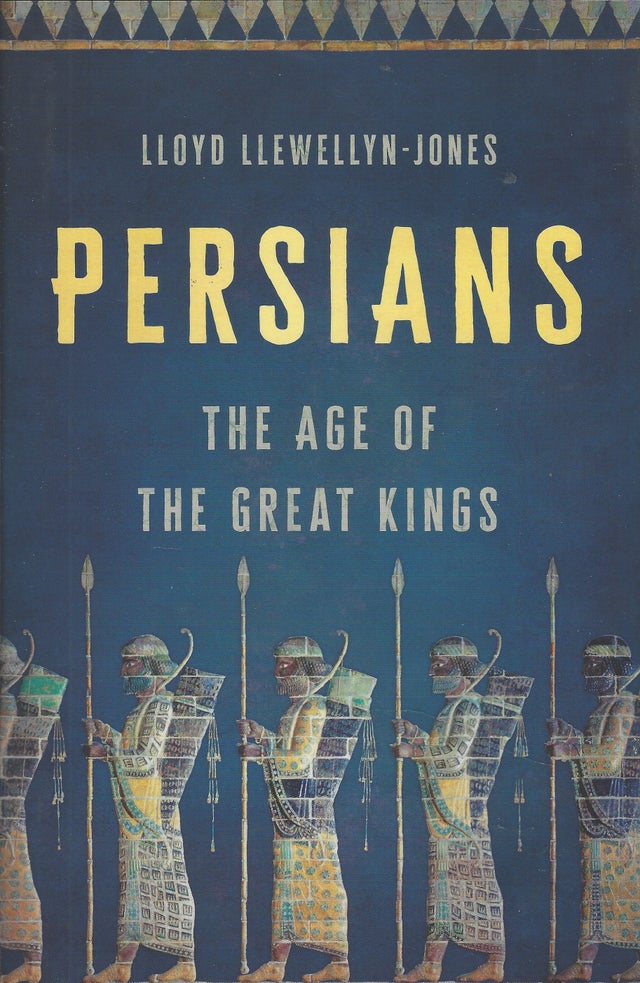 Persians: The Age of the Great Kings by Lloyd Llewellyn-Jones

Persians: The Age of the Great Kings by Lloyd Llewellyn-Jones

The Achaemenid Persian kings ruled over antiquity's largest empire, stretching from Libya to the steppes of Asia and from Ethiopia to Pakistan. From the palace-city of Persepolis, Cyrus the Great, Darius, Xerxes, and their heirs reigned supreme for centuries, until the conquests of Alexander of Macedon brought the empire to a swift and unexpected end in the late 330s BCE.

In Persians, historian Lloyd Llewellyn-Jones tells the epic story of this dynasty and the world it ruled. For centuries, the history of ancient Iran has been based on Greek sources that depict the Persians as unsophisticated barbarians. But by drawing on Iranian art, literature, and archaeology, Llewellyn-Jones shows how the Achaemenid Persian Empire was in fact the world's first superpower -- one, despite its imperial ambition, built on cooperation and tolerance. The Persians never sought to impose their language or religion upon conquered people, as the Roman Empire later would, and through their vast state bureaucracy, they established lasting diplomatic ties between East and West.

Definitive and revelatory, this is a stunning portrait of the magnificent splendor and enduring legacy of ancient Persia.