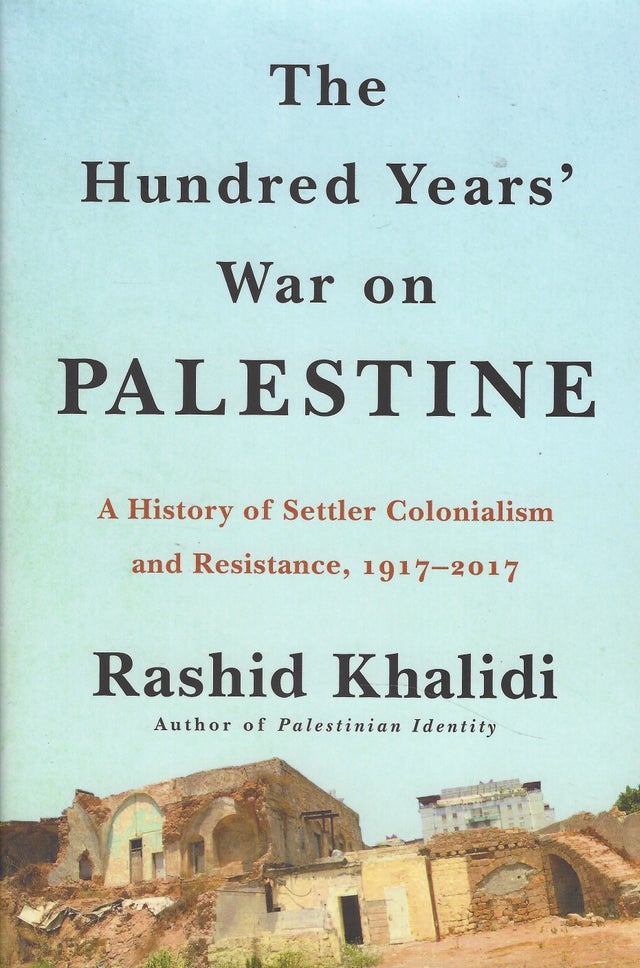 The Hundred Years' War on Palestine: A History of Settler Colonialism and Resistance, 1917 - 2017 by Rashid Khalidi

The Hundred Years' War on Palestine: A History of Settler Colonialism and Resistance, 1917 - 2017 by Rashid Khalidi

In 1899, Yusuf Diya al-Khalidi, former mayor of Jerusalem, alarmed by the Zionist call to transform Palestine into a Jewish state, wrote a letter aimed at Theodor Herzl: the country had an indigenous people who would not easily accept their own displacement. He warned of the perils ahead, ending his note, "In the name of God, let Palestine be left alone." Thus Rashid Khalidi, al-Khalidi's great-great-nephew, begins this sweeping history, the first general account of the conflict told from an explicitly Palestinian perspective.

Accepted interpretations of the conflict tend, at best, to describe a tragic clash between two peoples with claims to the same land. Drawing on archival materials and the reports of generations of family members -- judges, scholars, diplomats, and writers -- who were present at key events, The Hundred Years' War on Palestine instead shows this war has always been colonial in nature, waged against the native population first by the Zionist movement and then by Israel, but backed by Britain and the United States, the great powers of the age.Khalidi highlights crucial episodes in this long colonial campaign, from the Balfour Declaration in 1917 to the destruction of Palestine in 1948, from the war of 1967 to Israel's recent assaults on Gaza.

The Hundred Years' War on Palestine is not a chronicle of victimization, nor does it whitewash the mistakes of Palestinian leaders or deny the emergence of national movements on both sides. In this lively, original, and important history, Khalidi points to the resistance of Palestinians in the face of the heaviest of odds and offers an illuminating new view of a conflict that continues to this day.