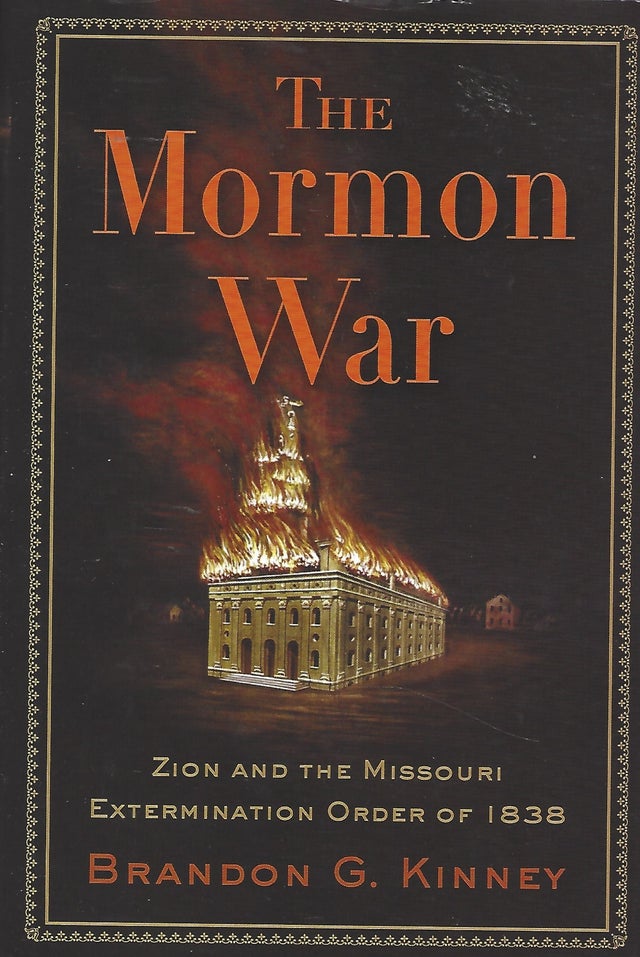 The Mormon War: Zion and the Missouri Extermination Order of 1838 by Brandon G. Kinney

The Mormon War: Zion and the Missouri Extermination Order of 1838 by Brandon G. Kinney

In 1831, Joseph Smith, Jr., the founder of the Church of Jesus Christ of Latter Day Saints, revealed that Zion, or "New Jerusalem," was to be established in rural Jackson County, Missouri. Smith sent followers from his community in Kirtland, Ohio, to begin the settlement, but they were soon expelled by locals who were suspicious of their new religion and abolitionist sympathies. Seven years later, in January 1838, Smith fled to Missouri from Ohio to avoid a warrant for his arrest and joined other Mormons in Far West, Caldwell County, which became the new Zion. The same prejudices recurred and the Mormons found themselves subject to attacks from non-Mormons, including attempts to prevent them from voting. Smith decided that it was now necessary for Mormons to defend themselves, which resulted in a short and sharp conflict known as the Mormon War. A covert Mormon paramilitary unit, the Danites was formed both to police the church's members and to exact revenge on non-Mormons. After the Missouri state militia was attacked at the Crooked River and angry rhetoric rose from both sides, Missouri governor Lilburn Boggs issued Executive Order No. 44, which called for Mormons to be "exterminated or driven from the State." Non-Mormons responded by attacking a Mormon settlement at Haun's Mill, killing men and boys and firing on the women. Following this massacre, the state militia surrounded Far West and arrested Smith and other Mormon leaders. Smith was charged with treason but was allowed to go and join the rest of his followers who were expelled from Missouri to Illinois, where they founded their next major settlement, Nauvoo. There, Smith would be murdered and his church would split into several factions, with Brigham Young leading the movement's largest group to Utah.

In The Mormon War, Brandon G. Kinney unravels the fascinating series of events that led to a religious and ideological war of both blood and words. The Mormon War is not only a lesson in America's struggle with prejudice, but it also challenged the protection afforded by the First Amendment, foreshadowed the partisan violence over slavery and states' rights that would erupt across Missouri and Kansas -- and ultimately the Civil War -- and led to the unexpected settlement of a vast area of the West as a Mormon homeland. By tracing the life of Joseph Smith, Jr. and his quest for Zion, the author contends that the religion he founded was destined for conflict -- both internal and external -- in his lifetime, due to his aspirations and revelations on morality, politics, and the future of the United States and the world.