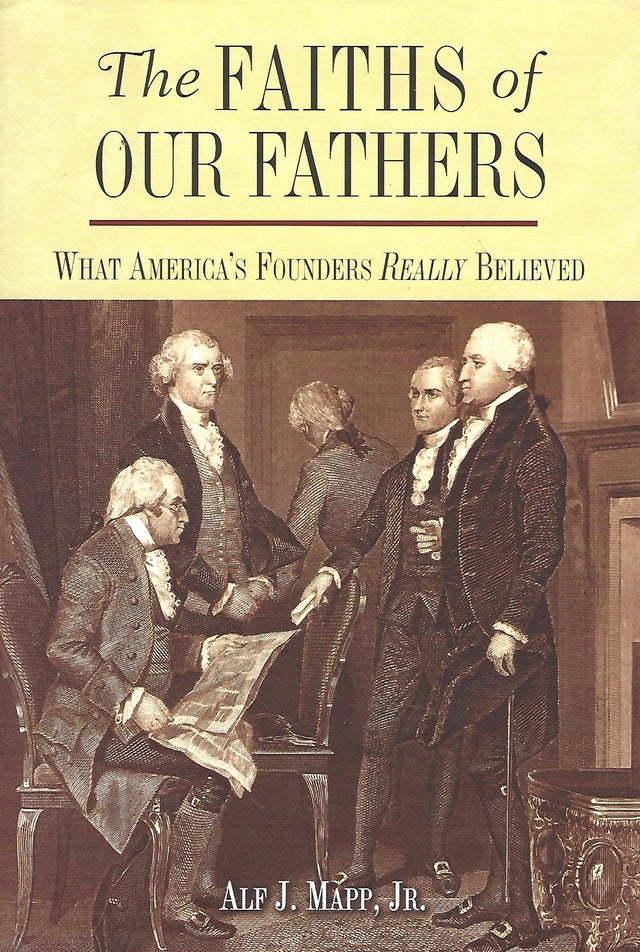 The Faiths of Our Fathers: What America's Founders Really Believed by Alf J. Mapp, Jr.

The Faiths of Our Fathers: What America's Founders Really Believed by Alf J. Mapp, Jr.

In this eloquent little book, leading colonial historian Alf J. Mapp, Jr., provides a highly readable overview of the religious beliefs of eleven of the most esteemed men of the generation that declared our independence and wrote the U.S. Constitution. Perhaps for the first time, we confront the breadth and diversity of the Founding Fathers' thinking on religious matters. In fact, their sustained ruminations on issues of religion, conscience, and ethics contributed to making their era one of the greatest in human history.

As Mapp contends, there was "no monolithic national faith acknowledged by all Founding Fathers. Their religious attitudes were as varied as their political opinions." This is hardly surprising, as these eleven men -- Thomas Jefferson, Benjamin Franklin, James Madison, John Adams, George Washington, John Marshall, Patrick Henry, Alexander Hamilton, George Mason, Charles Carroll of Carrollton, and Haym Solomon -- came from many parts of the colonies and from differing social backgrounds.

The Faiths of Our Fathers explores the profound connections between the Revolutionary period and our own. In doing so, it offers a much-needed corrective to the many misconceptions about the role of faith in the lives of our Founding Fathers.