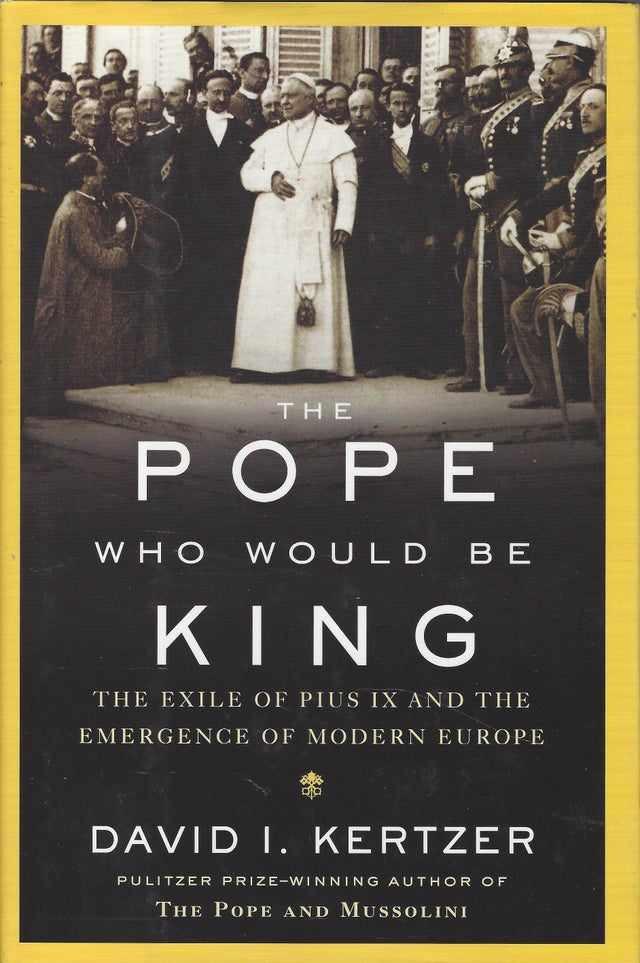 The Pope Who Would Be King: The Exile of Pius IX and the Emergence of Modern Europe by David I. Kertzer

The Pope Who Would Be King: The Exile of Pius IX and the Emergence of Modern Europe by David I. Kertzer

Days after his prime minister was assassinated in the middle of Rome in November 1848, Pope Pius IX found himself a virtual prisoner in his own palace. The wave of revolution that had swept through Europe now seemed poised to end the popes' thousand-year reign over the Papal States, if not the papacy itself. Disguising himself as a simple parish priest, Pius escaped through a back door. Climbing inside the Bavarian ambassador's carriage, he embarked on a journey into a fateful exile.

Only two years earlier Pius's election had triggered a wave of optimism across Italy. After the repressive reign of the dour Pope Gregory XVI, Italians saw the youthful, benevolent new pope as the man who would, at last, bring the Papal States into modern times and help create a unified Italian nation. But Pius was caught between a desire to please his subjects and a fear -- stoked by the conservative cardinals -- that heeding the people's pleas would destroy the church. The resulting drama -- with a colorful cast of characters, from Louis Napoleon and his rabble-rousing cousin Charles Bonaparte to Garibaldi, Tocqueville, and Metternich -- was rife with treachery, tragedy, and international power politics.

David Kertzer is one of the world's foremost experts on the history of Italy and the Vatican and has a rare ability to bring that history vividly to life. With a combination of gripping, cinematic storytelling, and keen historical analysis, rooted in an unprecedented richness of archival sources, The Pope Who Would Be King sheds fascinating new light on the end of rule by divine right in the West and the emergence of modern Europe.

THIS IS A BRAND NEW BOOK. THERE IS A RED "CLOSEOUT/REMAINDER MARK ON THE BOTTOM PAGE EDGES.....