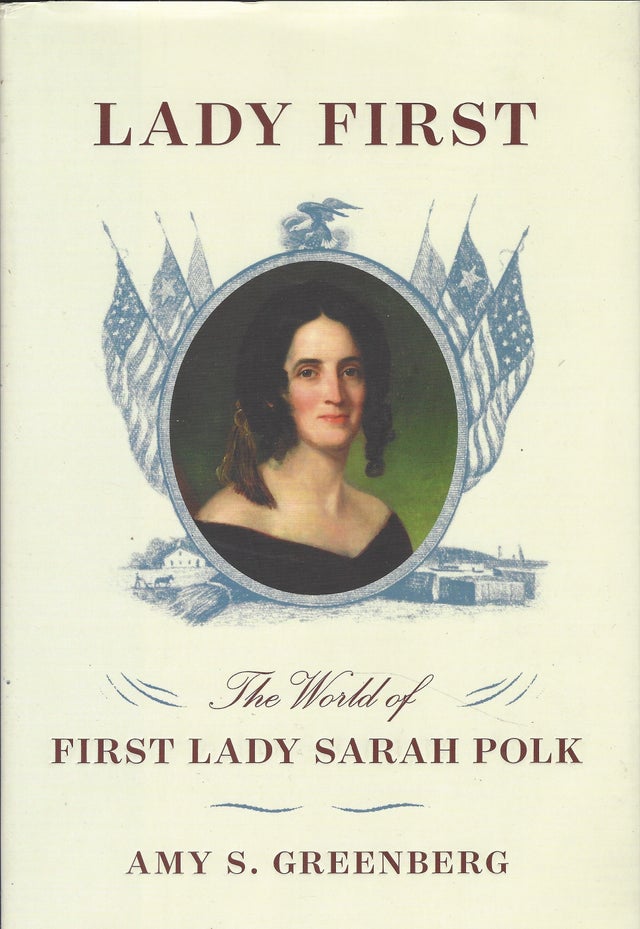 While the women's rights convention was taking place at Seneca Falls, New York, in 1848, First Lady Sarah Childress Polk was wielding influence unprecedented for a woman in Washington, D.C. Yet while history remembers the women of the convention, it has all but forgotten Sarah Polk. Now, Amy S. Greenberg's riveting biography, Lady First, brings Sarah's story into vivid focus. We meet Sarah as the daughter of a frontiersman who raised her to discuss politics and business with men. We see the savvy and charm she brandished to help her brilliant but unlikable husband, James K. Polk, ascend to the White House. We watch as she exercises truly extraordinary power as First Lady: quietly manipulating elected officials, shaping foreign policy, and directing a campaign in support of America's expansionist war against Mexico. And we meet many of the enslaved men and women whose difficult labor made Sarah's political success possible.

Lady First also shines a light on Sarah's many contradictions. While her marriage to James was one of equals, she firmly opposed the feminist movement's demands for what she perceived to be far-reaching equality. She banned dancing and hard liquor at the White House but did more entertaining than her predecessors. During the Civil War, she worked on behalf of the Confederacy even though she claimed to be neutral. And in the late nineteenth century, she became a celebrity among female Christian temperance reformers while she struggled to redeem her husband's tarnished political legacy.

Sarah Polk's life spanned nearly the entirety of the nineteenth century, and her legacy, which profoundly transformed the South, continues to endure. Comprehensive, nuanced, and brimming with invaluable insight, Lady First is a revelation of our eleventh First Lady's complex but essential part in American feminism.