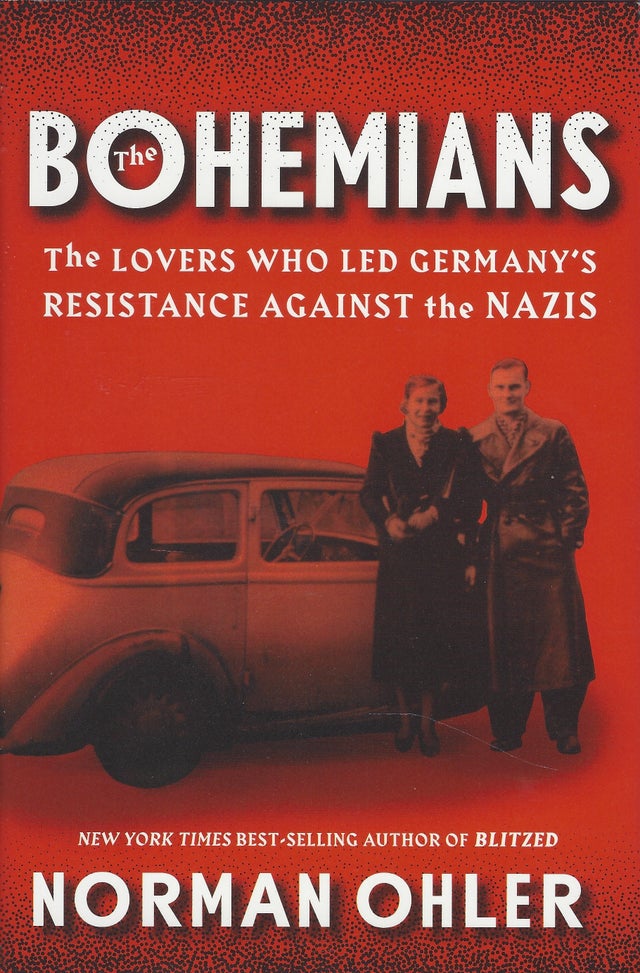 The Bohemians: The Lovers Who Led Germany's Resistance Against the Nazis by Norman Ohler

The Bohemians: The Lovers Who Led Germany's Resistance Against the Nazis by Norman Ohler

Summertime, 1935. On a lake near Berlin, a young man is out sailing when he glimpses a woman reclining in the prow of a passing boat. Their eyes meet -- and one of history's greatest conspiracies is born.

Harro Schulze-Boysen had already shed blood in the fight against Nazism by the time he and Libertas Haas-Heye began their whirlwind romance. She joined the cause, and soon the two lovers were leading a network of anti-fascist fighters that stretched across Berlin's bohemian underworld. Poets, philosophers, workers, and artists, they were all freethinkers united by a desire to bring down Hitler at any cost. Harro himself infiltrated German intelligence and began funneling Nazi battle plans to the Allies, including the details of Hitler's surprise attack on the Soviet Union. Meanwhile, Libertas used her position at the propaganda ministry to begin collecting evidence of the mass murder of Jews. They knew the stakes all too well, but nothing could prepare Harro and Libertas for the betrayals they would suffer in this war of secrets -- a struggle in which friend could be indistinguishable from foe.

Drawing on unpublished diaries, letters, and Gestapo files, Norman Ohler spins an unforgettable tale of love, heroism, and sacrifice in The Bohemians.