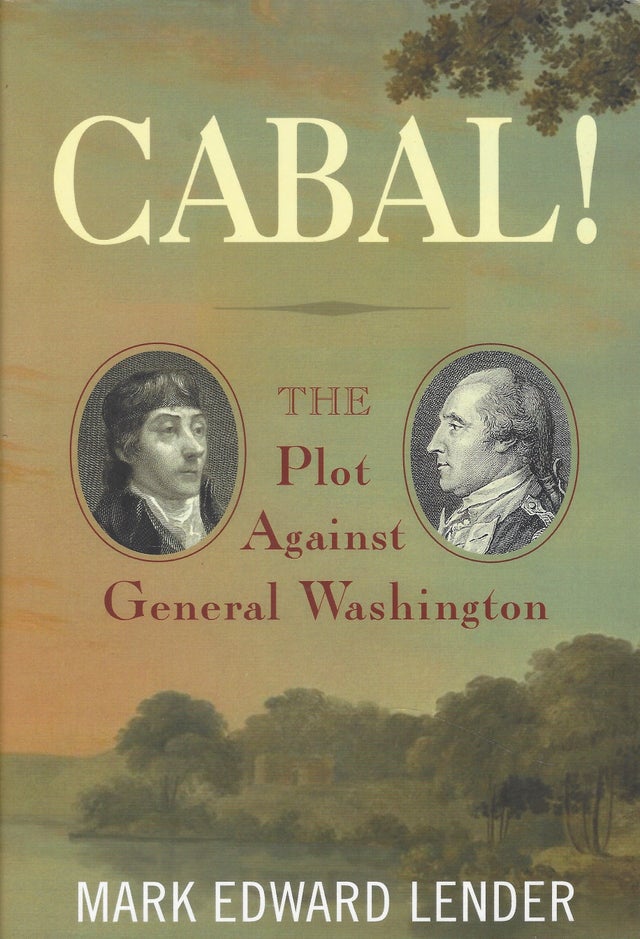 Cabal!: The Plot Against General Washington by Mark Edward Lender

Cabal!: The Plot Against General Washington by Mark Edward Lender

In the spring of 1778, General George Washington wrote to his friend Landon Carter about a rumored "disposition in the Northern Officers to see me superseded in my Command." This was as candid a statement as the general ever made about the so-called Conway Cabal of patriot officers and politicians critical of his leadership. Most early historians of the Revolution took the threat to Washington seriously, but by the mid-twentieth century, interpretations had reversed, with the plot-if one existed-posing no real danger to the commander-in-chief. Yet, as historian Mark Edward Lender reveals in this compelling book, clues found in original new research provide a more comprehensive understanding of the personalities and political maneuverings of those involved in the Cabal, unlocking the real nature of the challenge to Washington.

Rather than the "classic Cabal" of Generals Horatio Gates, Thomas Mifflin, and Thomas Conway in a plot to remove Washington quickly, the threat to Washington's command was a gradual administrative attempt by the Board of War and political allies to take over the war effort. Reorganized in late 1777 under the leadership of Mifflin, with Gates assuming the board presidency in January 1778, the Board of War sought authority to determine military policy and strategic goals, all training, organizational, personnel, and logistical functions, and even the assignment of theater commanders. Had they succeeded, Washington's title of commander-in-chief would have been utterly hollow. The Cabal tested Washington as few other things did during the war and perhaps tempered him into the man we remember today. Washington adroitly navigated the challenges to his leadership, meeting and defeating every attempt to curtail his authority. His response revealed a leadership style that saw him safely through the war and gave him overwhelming support from his fellow citizens to become their first president.