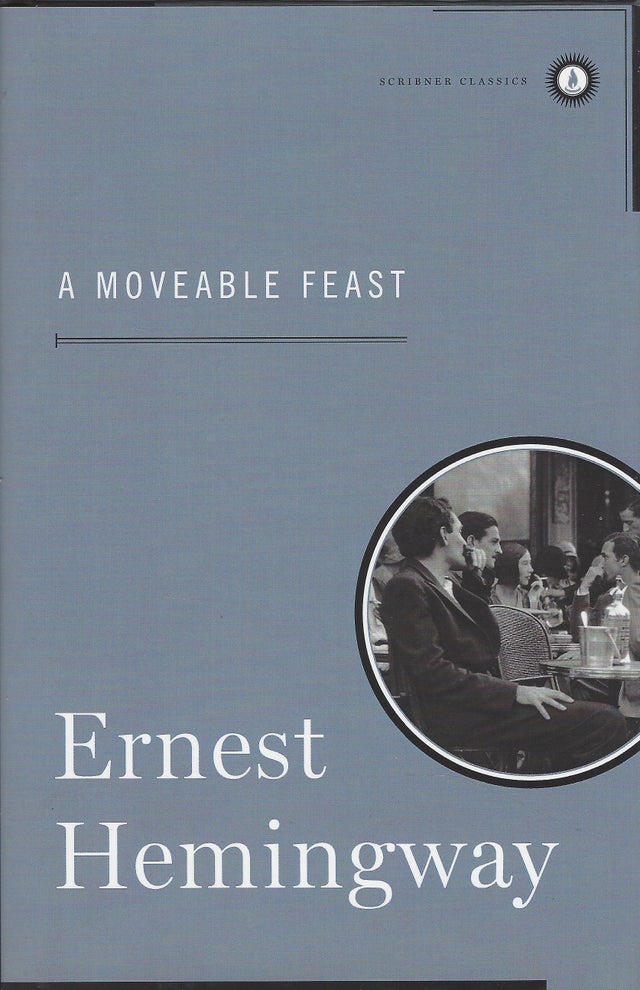 Begun in the autumn of 1957 and published posthumously in 1964, Ernest Hemingway's A Moveable Feast captures what it meant to be young and poor and writing in Paris during the 1920s. A correspondent for the Toronto Star, Hemingway arrived in Paris in 1921, three years after the trauma of the Great War and at the beginning of the transformation of Europe's cultural landscape: Braque and Picasso were experimenting with cubist forms; James Joyce, long-living in self-imposed exile from his native Dublin, had just completed Ulysses; Gertrude Stein held court at 27 re de Fleurus and deemed young Ernest a member of une generation perdue, and T.S. Eliot was a bank clerk in London. It was during these years that the as of yet unpublished young writer gathered the material for his first novel, The Sun Also Rises, and the masterpieces that followed.

Among these small, reflective sketches are unforgettable encounters with the members of Hemingway's slightly ragtag circle of artists and writers, some also fated to achieve fame and glory, others to fall into obscurity. A Moveable Feast is at once an elegy to the remarkable group of expatriates that gathered in Paris during the twenties and a testament to the risks and rewards of the writer's life.