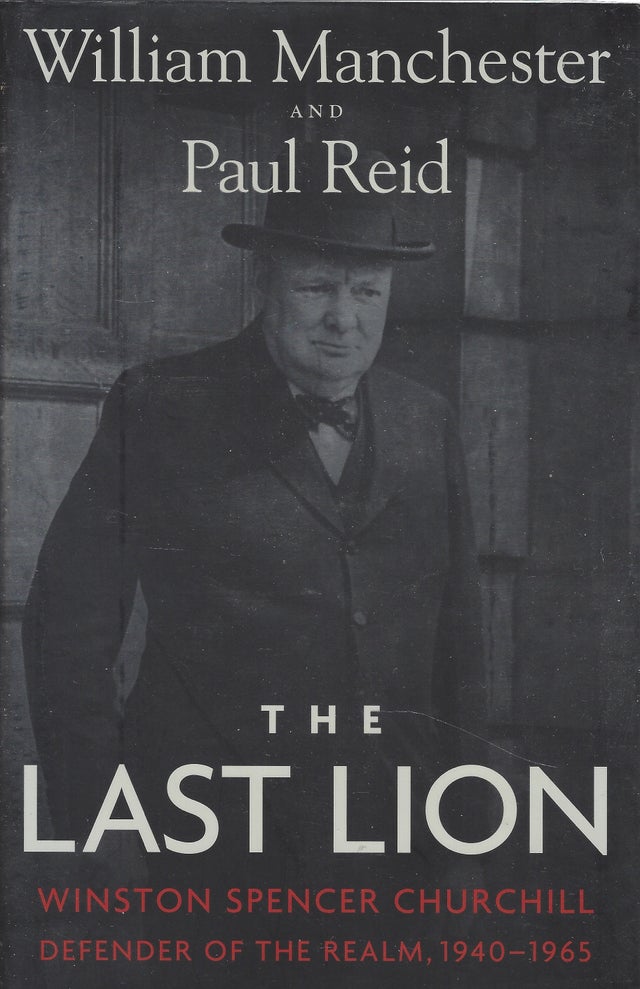 The Last Lion: Winston Spencer Churchill -- Defender of the Realm, 1940 - 1965 by William Manchester and Paul Reid

The Last Lion: Winston Spencer Churchill -- Defender of the Realm, 1940 - 1965 by William Manchester and Paul Reid

Spanning the years 1940 - 1965. Defender of the Realm begins shortly after Churchill became prime minister -- when Great Britain stood alone against the overwhelming might of Nazi Germany. The Churchill conjured up by William Manchester and Paul Reid is a man of indomitable courage, profound intellect, and an irresistible will to action. In brilliant prose, informed by decades of research, the authors recount how Churchill organized his nation's military response and defense, compelled FDR to support America's beleaguered cousins, and personified the "never surrender" ethos that helped win the war, while at the same time, resisting -- without success -- the inevitable shift in world power from the British Empire to the United States.

We see Churchill, driven from office, rising to warn the world of the coming Soviet menace and hear him speak in opposition to the socialist policies of the Labour government. After his triumphant return to 10 Downing Street, we follow Churchill as he pursues his final foreign policy goal -- a "summit at the top" with President Dwight Eisenhower and the Soviet bosses. And finally, we witness Churchill's last years, when, hobbled by ill health and age, he faces the end with the same courage he brought to every battle he ever fought.