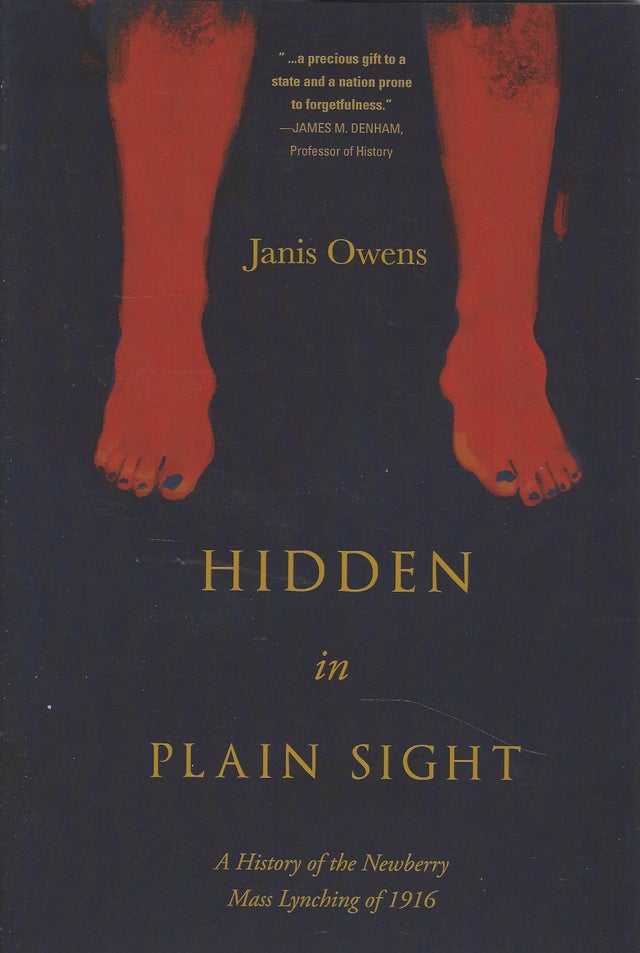 Hidden in Plain Sight: A History of the Newberry Mass Lynching of 1916 by Janis Owens

Hidden in Plain Sight: A History of the Newberry Mass Lynching of 1916 by Janis Owens

Hidden in Plain Sight is a fast-paced narrative history of a 1916 mass lynching in North Florida, where six members of a tight-knit Black family were killed by a white mob of the "best men" in the district. The lynching garnered brief, nationwide attention, including an investigation by the NAACP and condemnation by W.E.B. Dubois, before it was buried in a vow of silence that endured for nearly a hundred years.

With an abundance of citation and uncommon insight, Hidden in Plain Sight draws a portrait of a struggling, turn-of-the-century farming town and the families, Black and white, who were pitched headlong into a weekend of bloodlust and revenge that would change the town forever. With a scope of a hundred years, the story that begins in anguish unexpectedly ends in recent steps to reconciliation and remembrance.