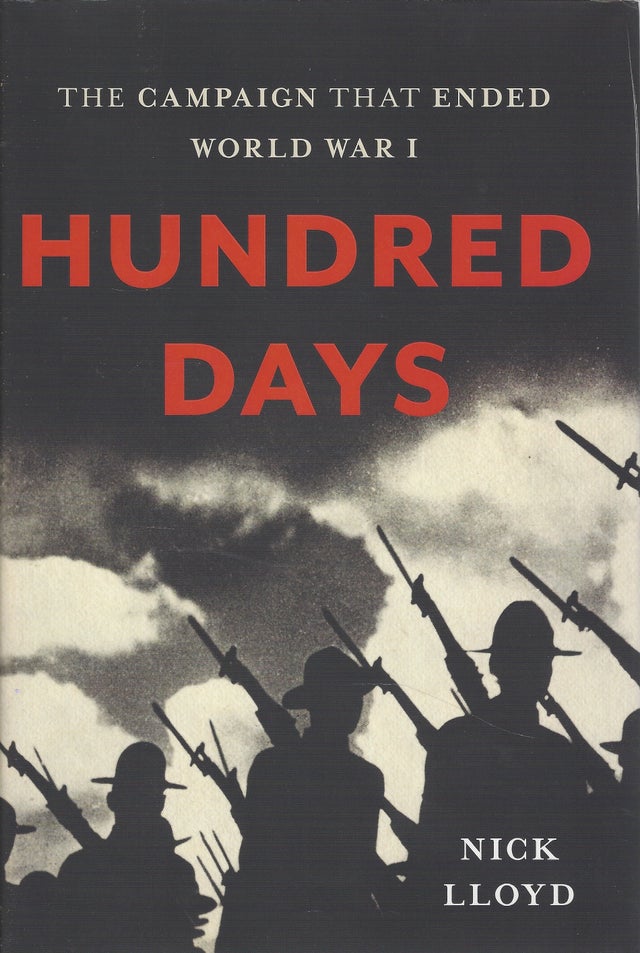 Hundred Days: The Campaign that Ended World War I by Nick Lloyd

Hundred Days: The Campaign that Ended World War I by Nick Lloyd

In the late summer of 1918, after four long years of senseless, stagnant fighting, the Western Front erupted. The bitter four-month struggle that ensued -- known as the Hundred Days Campaign -- saw some of the bloodiest and most ferocious combat of the Great War, as the Allies grimly worked to break the stalemate in the west and end the conflict that had decimated Europe.

In Hundred Days, acclaimed military historian Nick Lloyd leads readers into the endgame of World War I, showing how the timely arrival of American men and materiel -- as well as the bravery of French, British, and Commonwealth soldiers -- helped to turn the tide on the Western Front. Many of these battle-hardened troops had endured years of terror in the trenches, clinging to their resolve through poison-gas attacks and fruitless assaults across no man's land. Finally, in July 1918, they and their American allies did the impossible: they returned movement to the western theater. Using surprise attacks, innovative artillery tactics, and swarms of tanks and aircraft, they pushed the Germans out of their trenches and forced them back to their final bastion: the Hindenburg Line, a formidable network of dugouts, barbed wire, and pillboxes. After a massive assault, the Allies broke through, racing toward the Rhine and forcing Kaiser Wilhelm II to sue for peace.

An epic tale ranging from the ravaged fields of Flanders to the revolutionary streets of Berlin, Hundred Days recalls the bravery and sacrifice that finally silenced the guns of Europe.