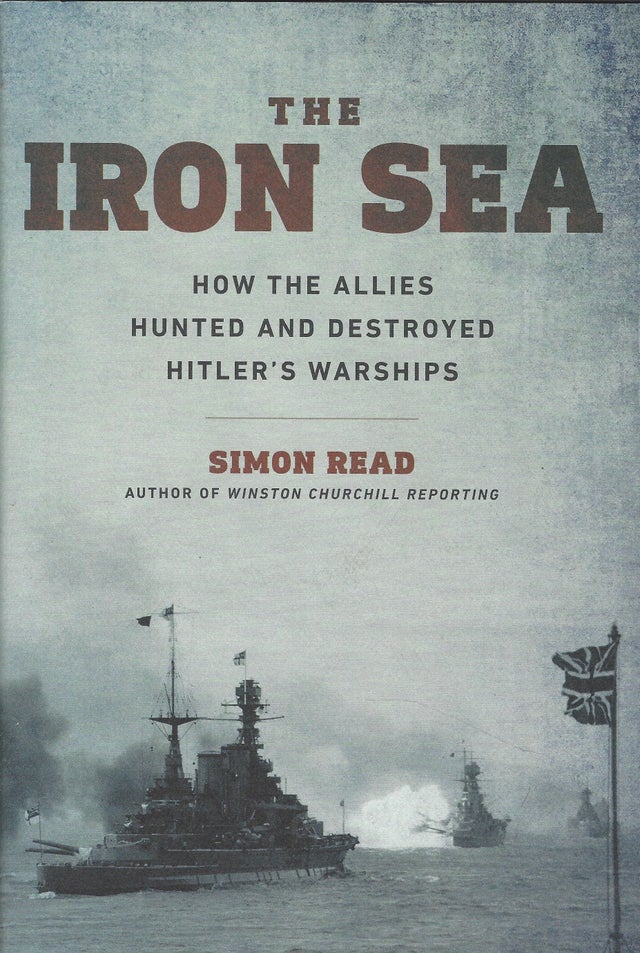 The Iron Sea: How the Allies Hunted and Destroyed Hitler's Warships by Simon Read

The Iron Sea: How the Allies Hunted and Destroyed Hitler's Warships by Simon Read

By 1941, the sea had become a mass grave. Hitler's four capital warships -- Scharnhorst, Gneisenau, Tirpitz, and Bismarck, the largest warship on the ocean -- roamed the wind-swept waves, threatening the Allied war effort and sending thousands of men to the icy depths of the North Atlantic. Bristling with guns and steeled in heavy armor, these reapers of the sea could outrun and outgun any battleship in the Allied arsenal. The deadly menace kept Winston Churchill awake at night; he deemed them "targets of supreme consequence."

The campaign against Hitler's surface fleet would carry on through the final days of World War II and involve everything from massive warships engaged in bloody, fire-drenched battles to daring Commando raids in German-occupied harbors. This is the fast-paced story of the Allied bomber crews, brave sailors, and bold Commandos who "sunk the Bismarck" and won a hard-fought victory over Hitler's iron sea.

Using official war diaries, combat reports, eyewitness accounts, and personal letters, Simon Read brings the action and adventure to vivid life. The result is an enthralling and gripping story of the Allied heroes who fought on a watery battlefield.