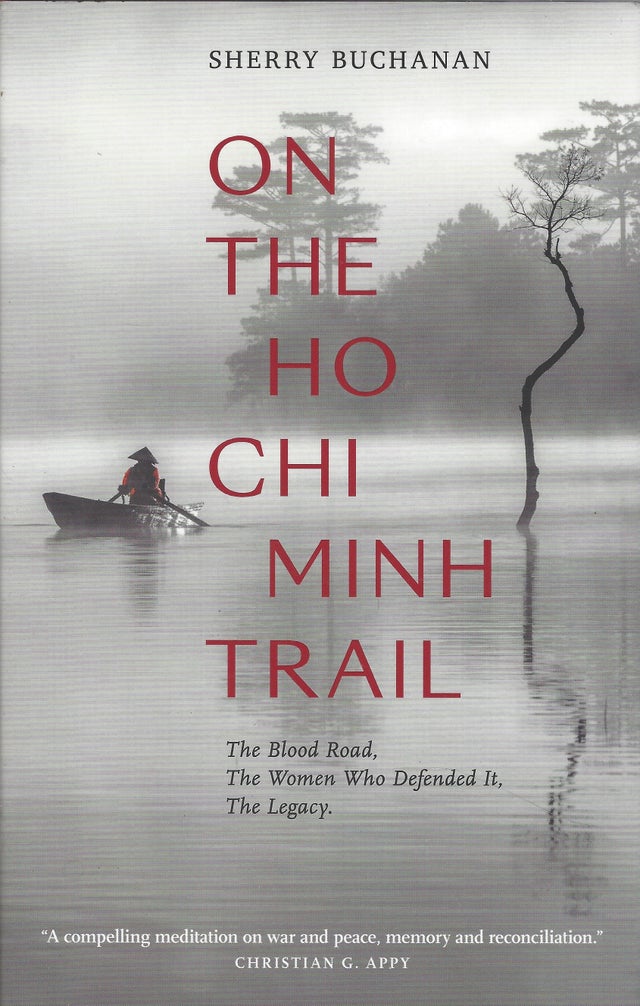 On the Ho Chi Minh Trail: The Blood Road, The Women Who Defended It, The Legacy by Sherry Buchanan

On the Ho Chi Minh Trail: The Blood Road, The Women Who Defended It, The Legacy by Sherry Buchanan

Follow Sherry Buchanan on a journey by an author who has long had a passion for Vietnamese art and for the sketches produced under the duress of the Vietnam or American War (1965 - 1975). Though she was familiar with and had traveled in Vietnam, she had never attempted the Trail before.

The epic military road through the spectacular Truong Son Mountains was built by North Vietnam to bring about the unification of North and South Vietnam, promised in the 1954 Geneva Accords. The United States, allied with South Vietnam to defeat the communist North, deployed close to eight million tons of bombs against it.

Buchanan encounters totemic locations from Hanoi in the north to Ho Chi Minh City in the south and records her interactions -- both scheduled and spontaneous -- with North and South Vietnamese, Laotians, and Americans, who were actors or participants in the Vietnam War.

Buchanan reveals the stories of the women who defended the Trail against the sustained American bombing campaign -- the most ferocious in modern warfare -- and of the artists who drew them. She focuses on what life was really like for the women and men under fire, bringing a unique perspective to the history of the Vietnam War.

She discovers an inspiring postwar legacy of personal healing, forgiveness, and atonement. She talks to the Vietnamese women veterans who encouraged a culture of forgiveness toward the foreign enemy and continued their fight for social justice; to American veterans who returned to Vietnam to take responsibility where their government had failed to do so, and to women in the former South Vietnam who brought reconciliation through art.

Interspersed with these accounts are excerpts from memoirs and chronicles that reveal logistical details of the Ho Chi Minh Trail which were hidden until now.