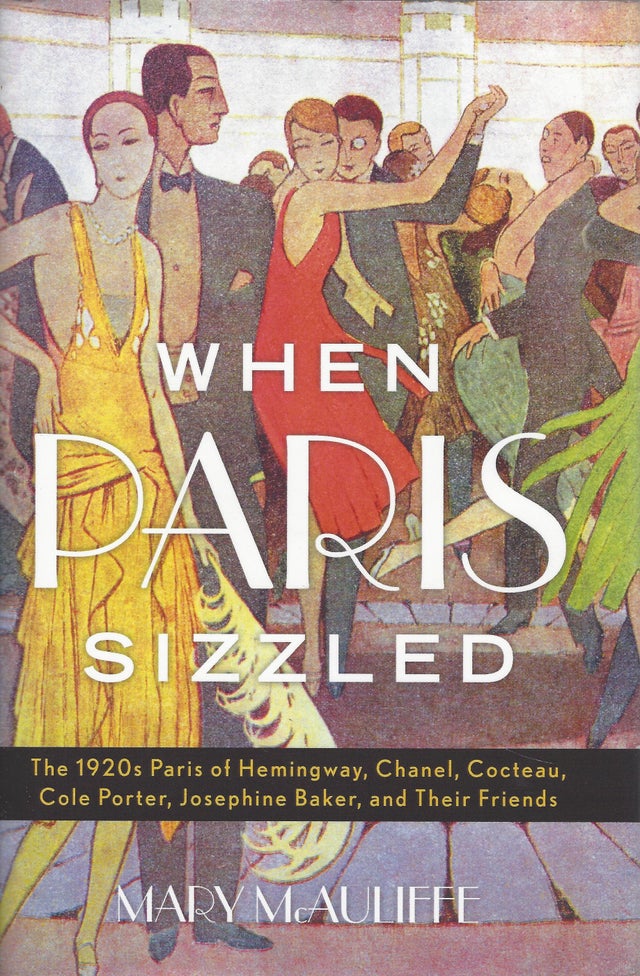 When Paris Sizzled: The 1920s Paris of Hemingway, Chanel, Cocteau, Cole Porter, Josephine Baker, and Their Friends by Mary McAuliffe

When Paris Sizzled: The 1920s Paris of Hemingway, Chanel, Cocteau, Cole Porter, Josephine Baker, and Their Friends by Mary McAuliffe

When Paris Sizzled vividly portrays the City of Light during the fabulous 1920s, les Annees folles, when Parisians emerged from the horror of war to find that a new world greeted them -- one that reverberated with the hard metallic clang of the assembly line, the roar of automobiles, and the beat of jazz. Mary McAuliffe traces a decade that saw seismic change on almost every front, from art and architecture to music, literature, fashion, entertainment, transportation, and, most notably, behavior.

The epicenter of all this creativity, as well as of the era's good times, was Montparnasse, where impoverished artists and writers found colleagues and cafes, and tourists discovered the Paris of their dreams. Major figures on the Paris scene -- such as Gertrude Stein, Jean Cocteau, Picasso, Stravinsky, Diaghilev, and Proust -- continued to hold sway, while others now came to prominence -- including Ernest Hemingway, Coco Chanel, Cole Porter, and Josephine Baker, as well as Andre Citroen, Le Corbusier, Man Ray, Sylvia Beach, James Joyce, and the irrepressible Kiki of Montparnasse.

Paris of the 1920s unquestionably sizzled. Yet rather than being a decade of unmitigated bliss, les Annees folles also saw an undercurrent of despair as well as the rise of ruthless organizations of the extreme right, aimed at annihilating whatever threatened tradition and order -- a struggle that would escalate in the years ahead. Through rich illustrations and evocative narrative, Mary McAuliffe brings this vibrant era to life.