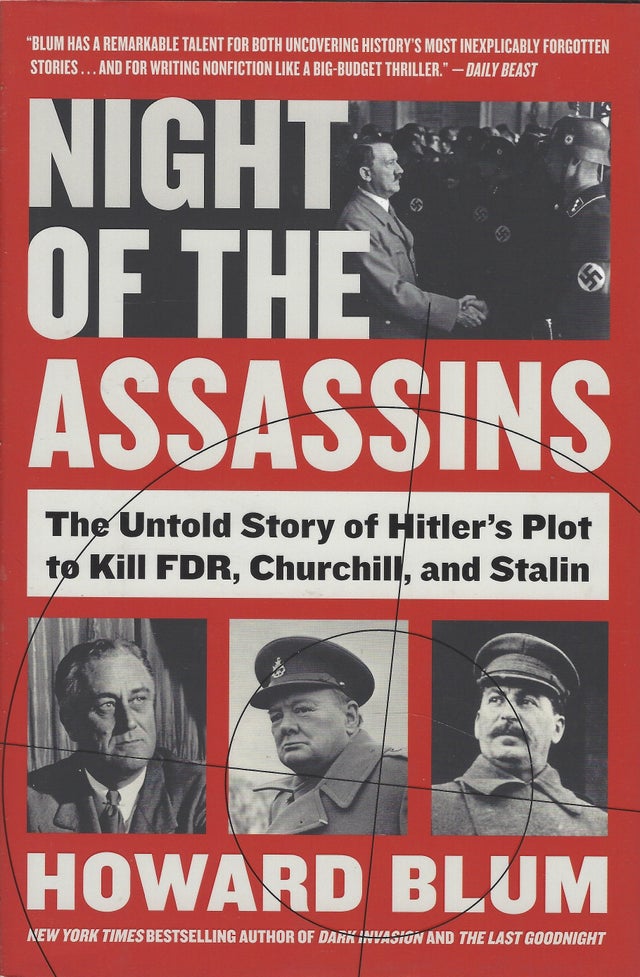 Night of the Assassins: The Untold Story of Hitler's Plot to Kill FDR, Churchill, and Stalin by Howard Blum

Night of the Assassins: The Untold Story of Hitler's Plot to Kill FDR, Churchill, and Stalin by Howard Blum

The year is 1943, and the three Allied leaders -- Franklin D. Roosevelt, Winston Churchill, and Joseph Stalin -- are meeting for the first time at a top-secret conference in Tehran. But the Nazis have learned about the meeting, and Hitler sees it as his last chance to turn the tide. Although the war is undoubtedly lost, the Germans believe that perhaps a new set of Allied leaders might be willing to make a more reasonable peace. And so a plan is devised -- code-named Operation Long Jump -- to assassinate FDR, Churchill, and Stalin.

Immediately, a hand-picked team of Nazi commandos is assembled, trained, armed with special weapons, and parachuted into Iran. They have six days to complete the daring assignment before the statesmen will return home. With no margin for error and little time to spare, Mike Reilly, the head of FDR's Secret Service detail -- a man from a Montana silver-mining town who describes himself as "an Irish cop with more muscle than brains" -- must overcome his suspicions and instincts to work with a Soviet agent from the NKVD (the precursor to the KGB) to save the three most powerful men in the world.

Night of the Assassins is a suspenseful true-life tale about an impossible mission, a ticking clock, and one man who stepped up to the challenge and prevented a world catastrophe.