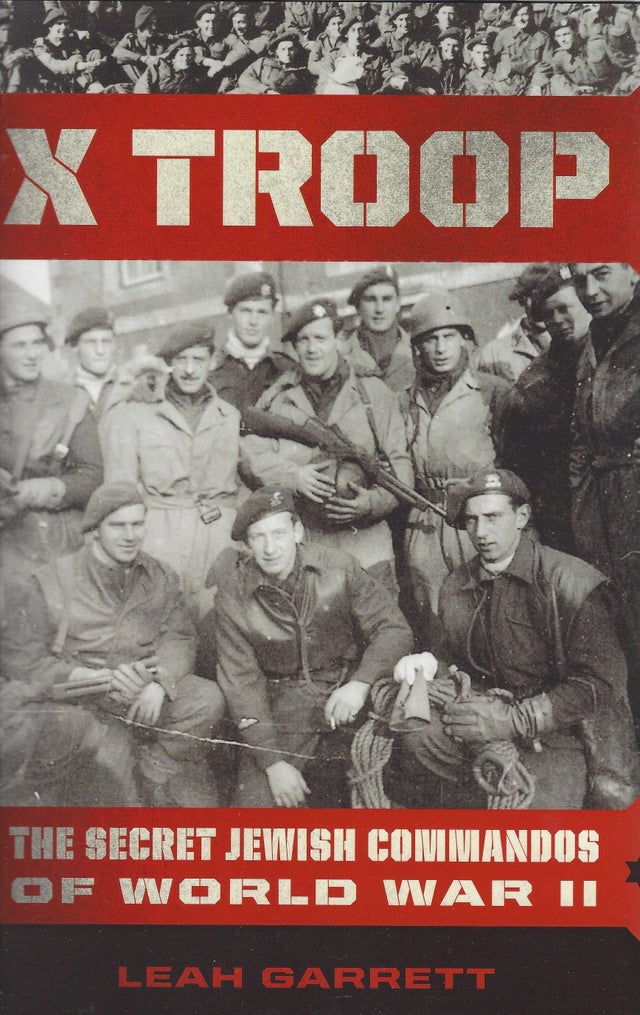 June 1942. The shadow of the Third Reich has fallen across the European continent. In desperation, Winston Churchill and his chief of staff form an unusual plan: a new commando unit made up of Jewish refugees who have escaped to Britain. The resulting volunteers are a motley group of intellectuals, artists, and athletes, mostly from Germany and Austria. Many have been interned as enemy aliens and have lost their families, their homes -- their whole worlds. They will stop at nothing to defeat the Nazis. Trained in counterintelligence and advanced combat, this top-secret unit becomes known as X Troop. Some simply call them a suicide squad.

Drawing on extensive original research, including interviews with the last surviving members, Leah Garrett follows this unique band of brothers from Germany to England and back again, with stops at British internment camps, the beaches of Normandy, the battlefields of Italy and Holland, and the hell-scape of Terezin concentration camp -- the scene of one of the most dramatic, untold rescues of the war. For the first time, X Troop tells the astonishing story of these secret shock troops and their devastating blows against the Nazis.