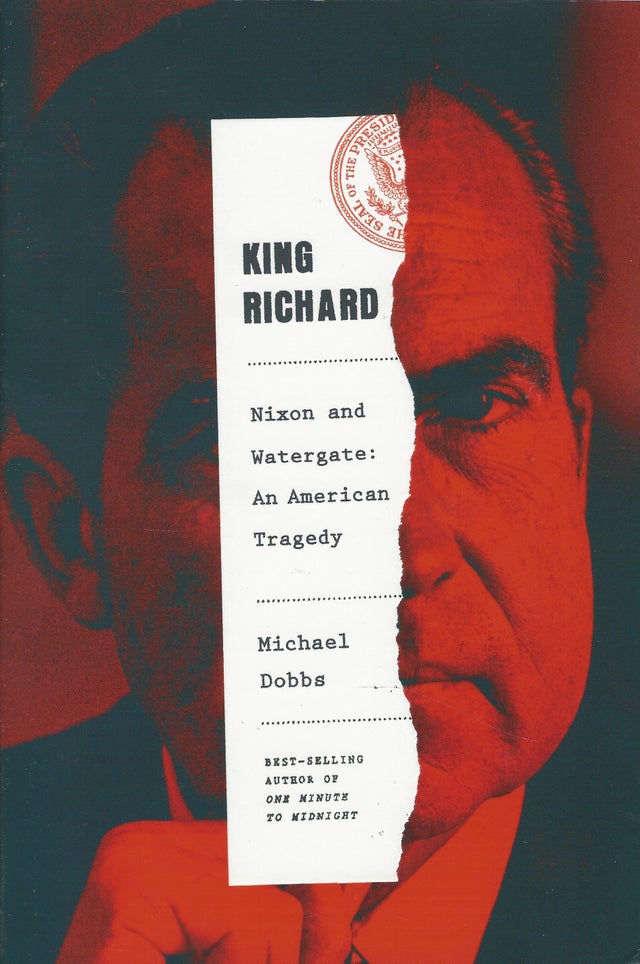 In January 1973, Richard Nixon had just been inaugurated after winning reelection in a historic landslide. He enjoyed an almost 70 percent approval rating. But by April, his presidency had fallen apart as the Watergate scandal metastasized into what White House counsel John Dean called "a full-blown cancer." King Richard is the intimate, utterly absorbing narrative of the tension-packed hundred days when the Watergate conspiracy unraveled as the burglars and their handlers turned on one another, exposing the crimes of a vengeful president.

Drawing on thousands of hours of newly released taped recordings, Michael Dobbs takes us into the heart of the conspiracy, re-creating these traumatic events in cinematic detail. He captures the growing paranoia of the principal players and their desperate attempts to deflect blame as the noose tightens around them. We eavesdrop on Nixon plotting with his aides, raging at his enemies, while also finding time for affectionate moments with his family. The result is an unprecedented vivid, close-up portrait of a president facing his greatest crisis.

Central to the spellbinding drama is the tortured personality of Nixon himself, a man whose strengths, particularly his determination to win at all costs, become his fatal flaws. Rising from poverty to become the most powerful man in the world, he commits terrible errors of judgment that lead to his public disgrace. He makes himself -- and then destroys himself.

Structured like a classical tragedy with a uniquely American twist, King Richard is an epic, deeply human story of ambition, power, and betrayal.

THIS IS BRAND NEW BOOK.