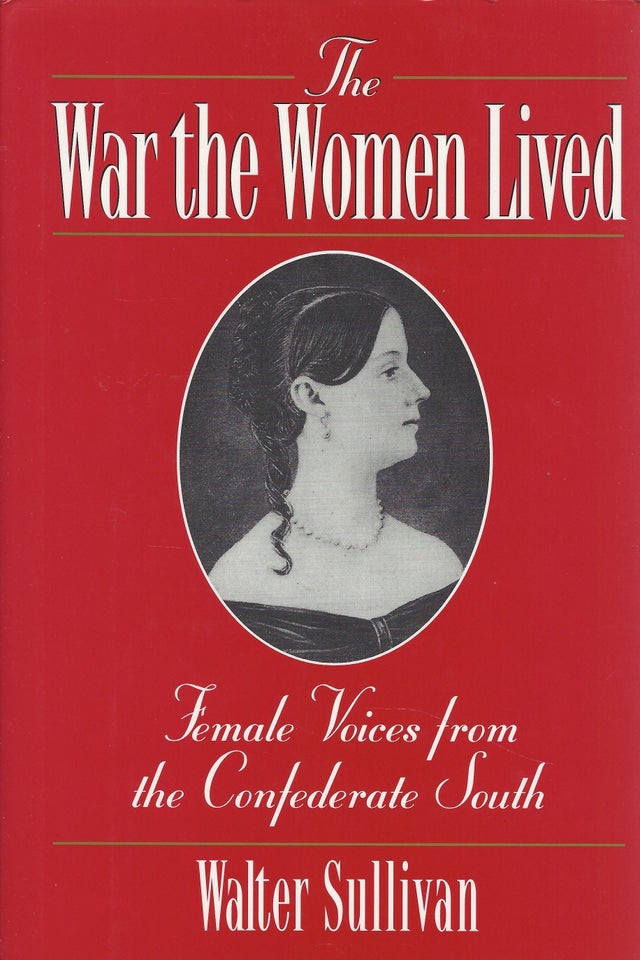 The War the Women Lived: Female Voices from the Confederate South by Walter Sullivan

The War the Women Lived: Female Voices from the Confederate South by Walter Sullivan

In The War the Women Lived Walter Sullivan presents an informal history of the American Civil War in the South as seen through the eyes of the twenty-three principals whose acutely perceptive reports he has chosen for this book.

The editor has selected thirty-one narrative sequences that unfold in chronological order. Each selection constitutes a story -- of suffering, courage, daring, patriotism, resignation, faith; and the stories add up to an account of the war as it was lived and endured on the domestic front in the South, from its halcyon and hopeful beginnings in 1861 until its devastating conclusion in 1865. The action, however, is by no means confined to home and hearth: it also includes scenes occurring on the battlefield and on shipboard; in churches, hospitals, and prisons; and elsewhere.

We begin in the salad days of the Old South with its life of elegance and leisure being celebrated; we end with the South in ruins, its economy shattered and its surviving people -- black and white, male and female -- wounded and beggared.