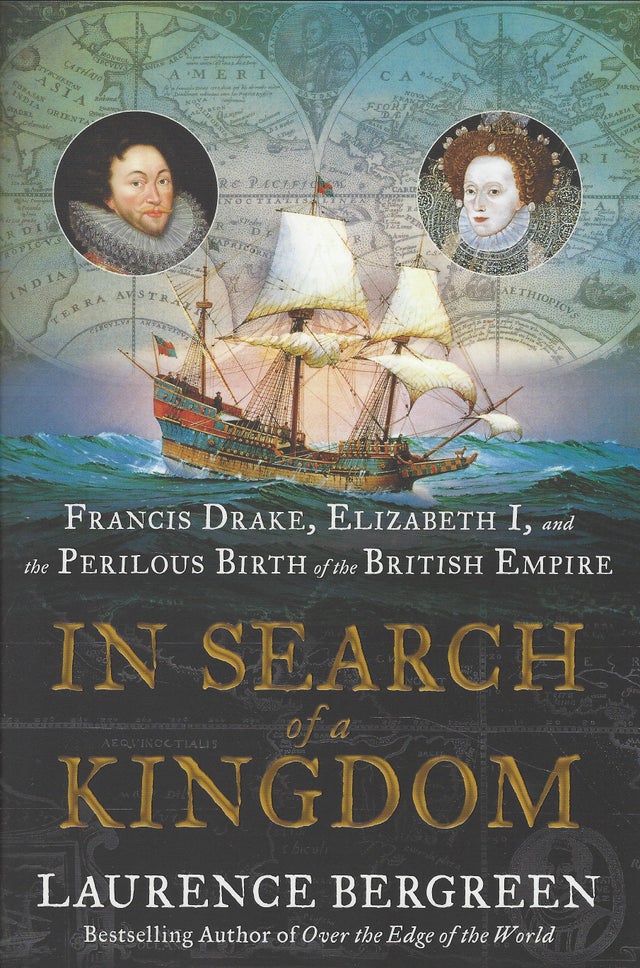 In Search of a Kingdom: Francis Drake, Elizabeth I, and the Perilous Birth of the British Empire by Laurence Bergreen

In Search of a Kingdom: Francis Drake, Elizabeth I, and the Perilous Birth of the British Empire by Laurence Bergreen

Secretly dispatched by Queen Elizabeth to circumnavigate the globe and later called upon to save England from the Spanish Armada, Francis Drake was a hot-tempered, red-haired rogue who made his reputation by plundering and pillaging his way to the ends of the earth. Drake is regarded as a folk hero throughout Great Britain, a combination of unparalleled explorer and Robin Hood. But he was also a former slave trader and the brash hustler who beguiled the nearly insolvent young queen of England. For Elizabeth, he made the impossible real.

In 1580, Drake became the first captain to circumnavigate the globe successfully. (Ferdinand Magellan had died in his attempt.) Almost a decade later, when Elizabeth called upon Drake again, he dramatically defeated the Spanish Armada, spurring the British Empire's ascent. Throughout his career, he reaped benefits by making himself into the instrument of Elizabeth's imperial ambitions. And as the devil-may-care vice-admiral of the English fleet, he personified England's transition into Great Britain.

The relationship between Drake and Elizabeth is the missing link in our understanding of the rise of the British Empire, and its importance has not been fully described or appreciated. Framed around Drake's key voyages as a window into this crucial moment in British history, In Search of a Kingdom is a rousing adventure narrative entwining epic historical themes with intimate passions.