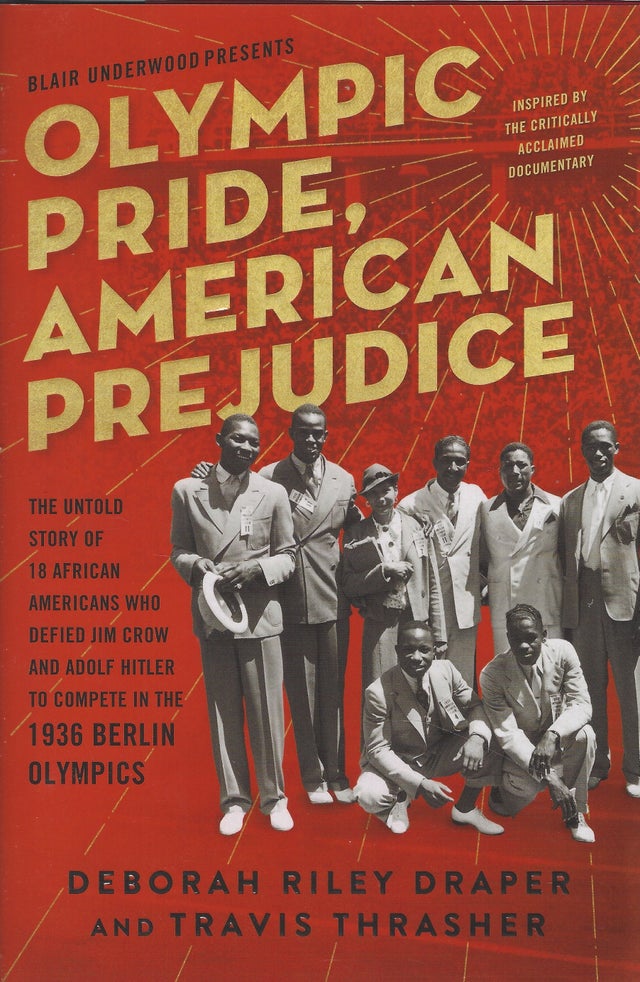 Olympic Pride, American Prejudice: The Untold Story of 18 African Americans Who Defied Jim Crow and Adolf Hitler to Compete in the 1936 Berlin Olympics by Deborah Riley Draper and Travis Thrasher

Olympic Pride, American Prejudice: The Untold Story of 18 African Americans Who Defied Jim Crow and Adolf Hitler to Compete in the 1936 Berlin Olympics by Deborah Riley Draper and Travis Thrasher

Set against the turbulent backdrop of a segregated United States, sixteen black men and two black women are torn between boycotting the Olympic Games in Nazi Germany or participating. If they go, they would represent a country that considers them second-class citizens and would compete amid a strong undercurrent of Aryan superiority that regards them as inferior. Yet, if they did not compete, would they ever have a chance to prove people wrong on a global stage? To be better than anyone would expect?

Twenty-two-year-old Mack Robinson stands in the shadows for a moment, unseen from the crowd of the 1936 Olympic Games. Off the track, waiting to be called for the final race, he can't help thinking of Jessee Owens, the one they're all talking about. He tries to ignore the rumored buzz that Hitler and the top Nazis refuse to shake the hands of African American medalists on that very first day. Five athletes, full of discipline and heart, guide readers through this harrowing and inspiring journey.

There's a young and sometimes feisty Tidye Pickett from Chicago, whose lithe speed makes her the first African American woman to compete in the Olympic Games; a quiet Louise Stokes from Malden, Massachusetts, who breaks records across the Northeast. We find Mack Robinson in Pasadena, California, setting an example for his younger brother, Jackie Robinson; and the unlikely competitor Archie Williams, a lanky book-smart teen in Oakland, who takes home a gold medal. Then there's Ralph Metcalfe, born in Atlanta and raised in Chicago, who becomes the wise and fierce big brother of the group. Drawing on more than five years of research, Deborah Riley Draper, Travis Thrasher, and Blair Underwood bring to life a timely story of perseverance and the will to beat insurmountable odds.

From burning crosses set on the Robinsons' lawn to a city on fire with praise and parades when the athletes return from Berlin, Olympic Pride, American Prejudice is full of emotion, grit, political upheaval, and the American dream. Capturing a powerful and untold piece of history, the narrative is also a celebration of the courage, commitment, and accomplishments of these talented athletes and their impact on race, sports, and inclusion around the world.