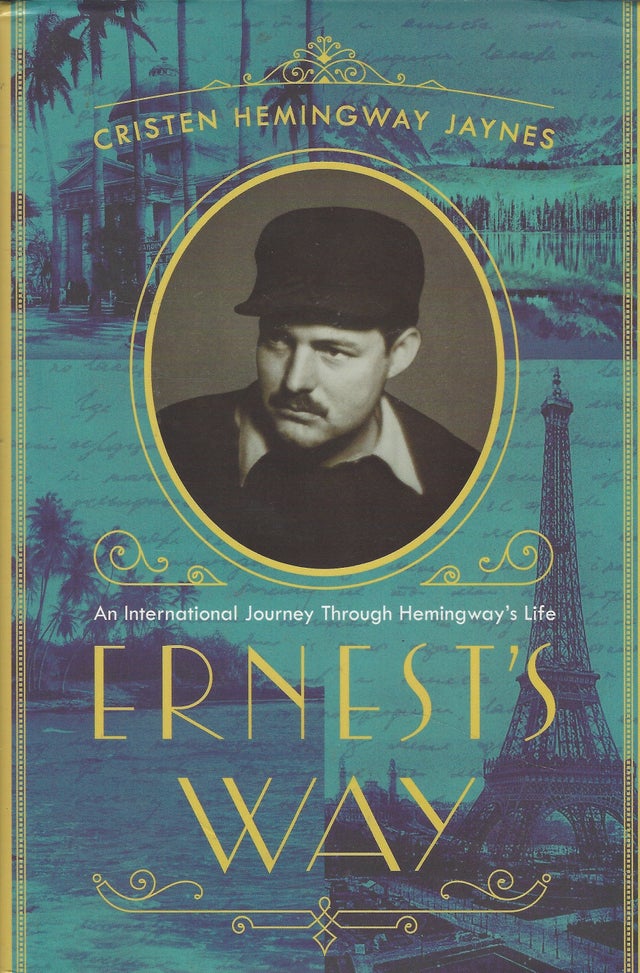 Follow the path of one of America's finest novelists -- and one of history's greatest adventurers -- from Paris to Havana, from Venice to Idaho, with his great-granddaughter.

Ernest Hemingway, the Nobel Prize-winning author, was known as much for his prose as for his travels to exotic locales -- his gusto and charm created excitement wherever he went.

In Ernest's Way, we follow Cristen around the globe to the places where her great-grandfather lived, wrote, fought, drank, fished, ran with the bulls, and held court with the likes of T.S. Eliot, F. Scott Fitzgerald, Gertrude Stein, Ezra Pound, and other influential writers, artists, and intellectuals of the twentieth century.

In fresh and lively prose, Cristen brings to life the small, Midwestern town where Hemingway spent his childhood. She invites us into the atmosphere of La Closerie des Lilas, the Parisian cafe where Hemingway penned The Sun Also Rises. She and her friends dine on suckling pig and rioja alta at the oldest restaurant in the world, Sobrino de Botin in Madrid, as Hemingway did while writing in the same upstairs room. We follow Hemingway's path through Northern Italy, where he served as an ambulance driver and was seriously wounded in the First World War, and trek through the locations described in A Farewell to Arms.

Ernest's Way is a map to Hemingway's creative and psychic history -- the places Cristen describes made him who he was and shaped his life and work. She brings these places to life for the modern reader, allowing all who admire Hemingway and his literature to enjoy his legacy in a new and vibrant way.