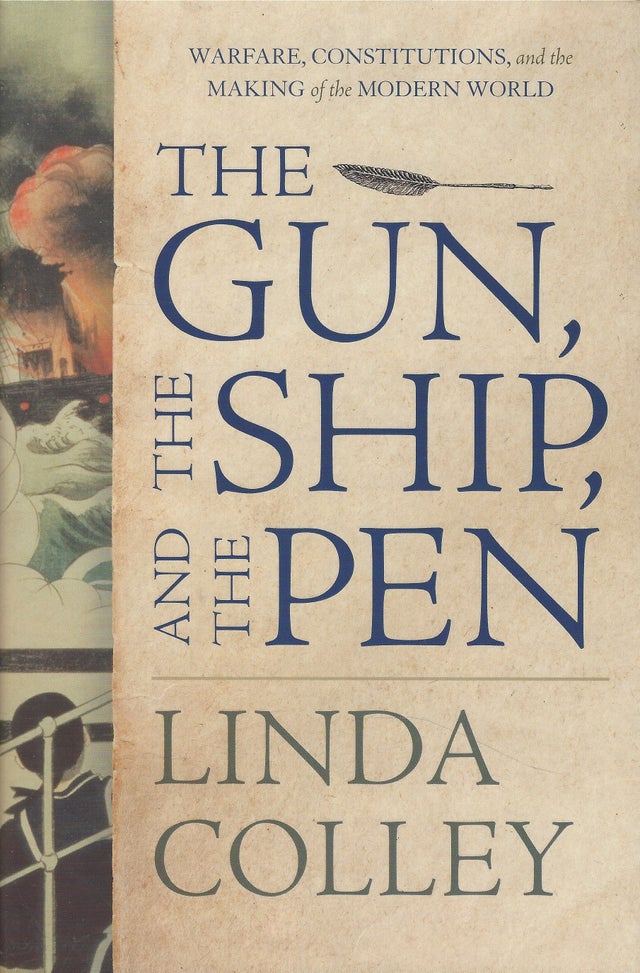 The Gun, the Ship, and the Pen: Warfare, Constitutions, and the Making of the Modern World by Linda Colley

The Gun, the Ship, and the Pen: Warfare, Constitutions, and the Making of the Modern World by Linda Colley

A work of extraordinary range and striking originality, The Gun, the Ship, and the Pen traces the global history of written constitutions from the 1750s to the twentieth century, modifying accepted narratives and uncovering the close connections between the making of constitutions and the making of war. In the process, Linda Colley both reappraises famous constitutions and recovers those that have been marginalized but were central to the rise of a modern world.

Colley brings to the fore neglected sites, such as Corsica, with its pioneering constitution of 1755, and tiny Pitcairn Island in the Pacific, the first place on the globe to permanently enfranchise women. She highlights the role of unexpected players, such as Catherine the Great of Russia, who was experimenting with constitutional techniques with her enlightened Nakaz decades before the Founding Fathers framed the American constitution.

Written constitutions are usually examined in relation to individual states, but Colley focuses on how they crossed boundaries, spreading into six continents by 1918 and aiding the rise of empires as well as nations. She also illumines their place not simply in law and politics but also in wider cultural histories, and their intimate connections with print, literary creativity, and the rise of the novel.

Colly shows how -- while advancing epic revolutions and enfranchising white males -- constitutions frequently served over the long nineteenth century to marginalize indigenous people, exclude women and people of color, and expropriate land. Simultaneously, though, she investigates how these devices were adapted by peoples and activists outside the West seeking to resist European and American power. She describes how Tunisia generated the first modern Islamic constitution in 18961, quickly suppressed, but an influence still on the Arab Spring; how Africanus Horton of Sierra Leone -- inspired by the American Civil War -- devised plans for self-governing nations in West Africa; and how Japan's Meiji constitution of 1889 came to compete with Western constitutionalism as a model for Indian, Chinese, and Ottoman nationalists and reformers.

Vividly written and handsomely illustrated, The Gun, the Ship, and the Pen is an absorbing work -- with its pageant of formative wars, powerful leaders, visionary lawmakers, and committed rebels -- retells the story of constitutional government and the evolution of ideas of what it means to be modern.