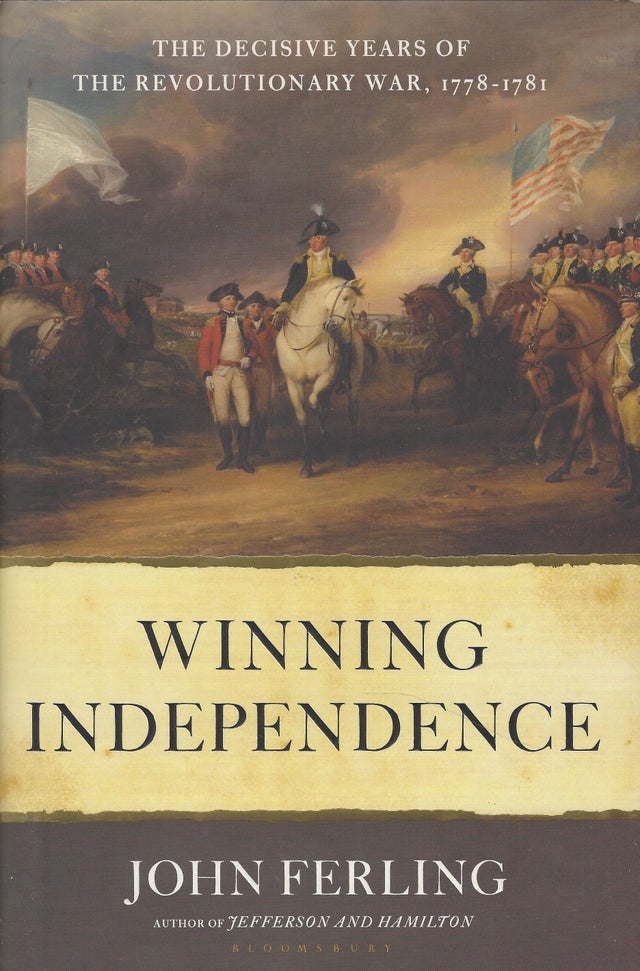 Winning Independence: The Decisive Years of the Revolutionary War, 1778 - 1781 by John Ferling

Winning Independence: The Decisive Years of the Revolutionary War, 1778 - 1781 by John Ferling

It was 1778, and the recent American victory at Saratoga had netted the United States a powerful ally in France. Many, including General George Washington, presumed France's entrance into the war meant independence was just around the corner.

Meanwhile, having lost an entire army at Saratoga, Great Britain pivoted to a "southern strategy." The army would henceforth seek to regain its southern colonies, Virginia, North Carolina, South Carolina, and Georgia, a highly profitable segment of its prewar American empire. Deep into 1780, Britain's new approach seemed headed for success as the U.S. economy collapsed and morale on the home front waned. By early 1781, many feared that France would drop out of the war if the Allies failed to score a decisive victory that year. Sir Henry Clinton, commander of Britain's army, thought "the rebellion is near its end." Washington, who had been so optimistic in 1778, despaired: "I have almost ceased to hope."

Winning Independence is the dramatic story of how and why Great Britain -- seemingly so close to regaining several southern colonies and rendering the postwar United States a fatally weak nation -- ultimately failed to win the war. The book explores the choices and decisions made by Clinton and Washington, and others, that ultimately led the French and American allies to clinch the pivotal victory at Yorktown that at long last secured American independence.