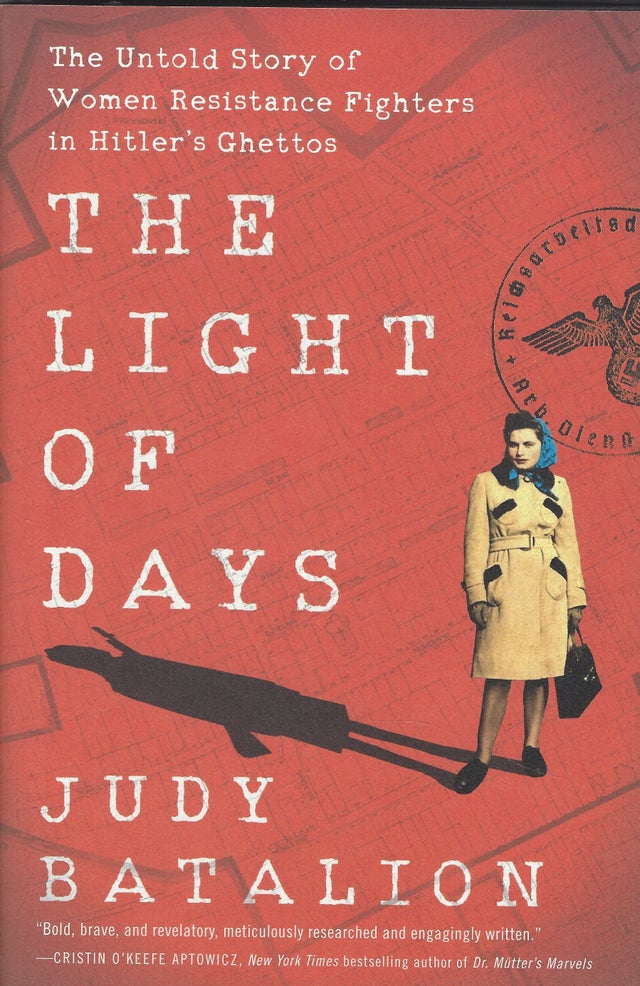 The Light of Days: The Untold Story of Women Resistance Fighters in Hitler's Ghettos by Judy Batalion

The Light of Days: The Untold Story of Women Resistance Fighters in Hitler's Ghettos by Judy Batalion

Witnesses to the brutal murder of their families and the violent destruction of their communities, a cadre of Jewish women in Poland -- some still in their teens -- became the nerves of a wide-ranging resistance network that fought the Nazis.

With courage, guile, and nerves of steel, these "ghetto girls" smuggled guns in loaves of bread and coded intelligence messages in their braids. They helped build life-saving systems of underground bunkers and sustained thousands of Jews in safe hiding places. They bribed Gestapo guards with liquor, assassinated Nazis, and sabotaged German supply lines.

The Light of Days, at last, reveals the real history of these incredible women whose courageous yet little-known feats have been eclipsed by time. Judy Batalion -- the granddaughter of Polish Holocaust survivors -- follows these real-life heroines through the savage destruction of the ghettos, arrest, and internment in Gestapo prisons and concentration camps, and for a lucky few, through the end of the war and into the twenty-first century.

Powerful and inspiring, The Light of Days is an unforgettable true tale of exceptional bravery, female friendship, and survival in the face of staggering odds.