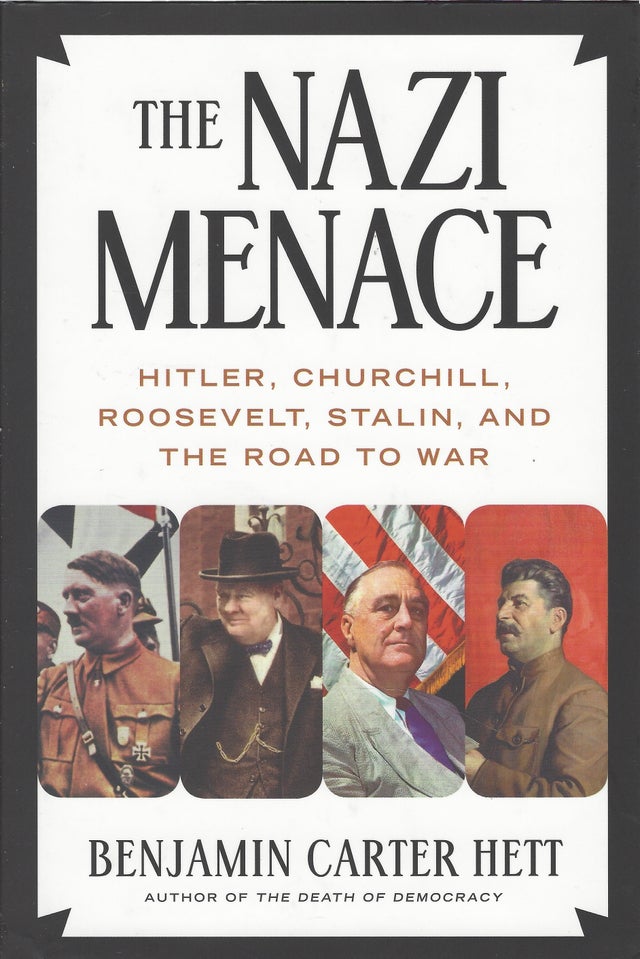 The Nazi Menace: Hitler, Churchill, Roosevelt, Stalin, and the Road to War by Benjamin Carter Hett

The Nazi Menace: Hitler, Churchill, Roosevelt, Stalin, and the Road to War by Benjamin Carter Hett

Berlin, November 1937. Adolf Hitler meets with his military commanders to impress upon them the urgent necessity for a war of aggression in eastern Europe. Some generals are unnerved by the Fuhrer's grandiose plan, but these dissenters are silenced one by one, setting in motion events that will culminate in the most calamitous war in history.

Benjamin Carter Hett takes us behind the scenes in Berlin, London, Moscow, and Washington, revealing the unsettled politics within each country in the wake of the German dictator's growing provocations. He reveals the fitful path by which anti-Nazi forces inside and outside Germany came to understand Hitler's true menace to European civilization and learned to oppose him, painting a sweeping portrait of governments under siege, as larger-than-life figures struggled to turn events to their advantage.

As in The Death of Democracy, his acclaimed history of the fall of the Weimar Republic, Hett draws on original sources and newly released documents to show how these long-ago conflicts have unexpected resonances in our own time. To read The Nazi Menace is to see past and present in a new and unnerving light.