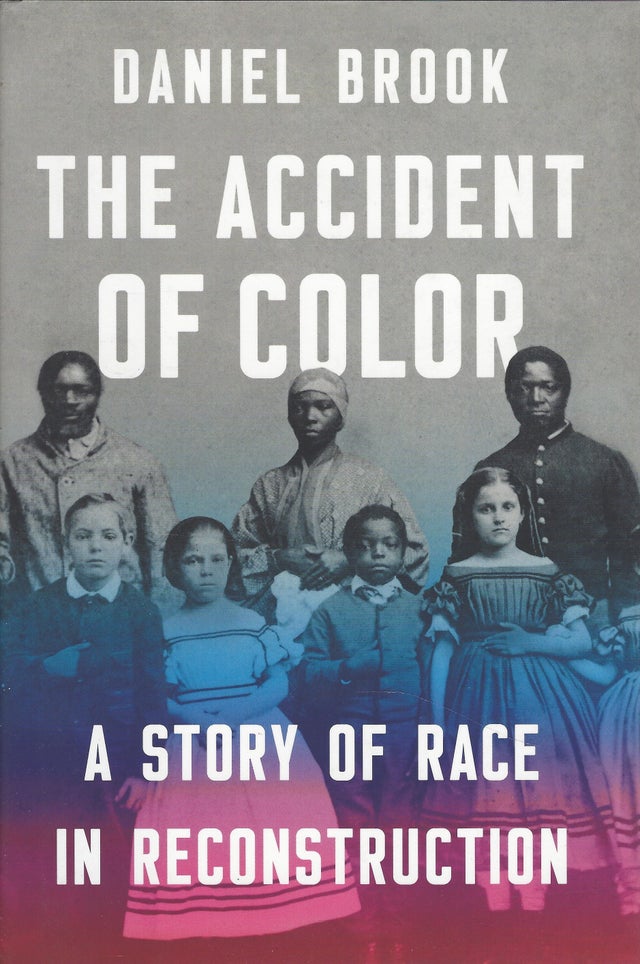 The Accident of Color: A Story of Race in Reconstruction by Daniel Brook

The Accident of Color: A Story of Race in Reconstruction by Daniel Brook

In The Accident of Color, Daniel Brook journeys to nineteenth-century New Orleans and Charleston and introduces us to cosmopolitan residents who elude the racial categories the rest of America takes for granted. Before the Civil War, these free, openly mixed-race urbanites enjoyed some rights of citizenship and the privileges of wealth and social status. But after Emancipation, as former slaves move to assert their rights, the black-white binary that rules the rest of the nation begins to intrude. During Reconstruction, a movement arises as mixed-race elites make common cause with the formerly enslaved and allies at the fringes of whiteness in a bid to achieve political and social equality for all.

In some areas, this coalition proved remarkably successful. Activists peacefully integrated the streetcars of Charleston and New Orleans for decades and, for a time, even the New Orleans public schools and the University of South Carolina were educating students of all backgrounds side by side. Tragically, the achievements of this movement were ultimately swept away by a violent political backlash and expunged from the history books, culminating in the Jim Crow laws that would legalize segregation for a half-century and usher in the binary racial regime that rules us to this day.

The Accident of Color revisits a crucial inflection point in American history. By returning to the birth of our nation's singularly narrow racial system, which was forged in the crucible of opposition to civil rights, Brook illuminates the origins of the racial lies we live by.