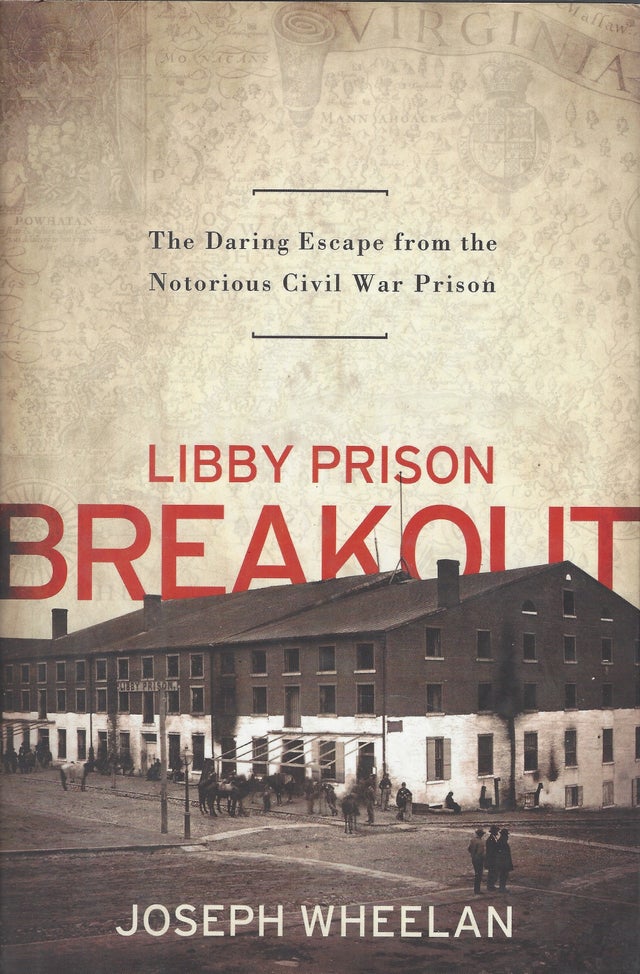 By late 1863, the Civil War had devolved from a grand adventure to a bloody contest of attrition. As cold weather spread over the Eastern battle zones, the armies of blue and gray settled into their winter quarters and assayed the grim prospects that lay ahead. Penned up in dozens of prisons throughout the North and South were tens of thousands of prisoners of war. Their numbers had soared during the fall when the combatants stopped exchanging prisoners.

As winter began, Yankee captives dwelled in squalor and semi-starvation in the South's dismal war prisons, the most infamous of them being Libby Prison in Richmond, "The Bastille of the South." In a crowded former tobacco warehouse, Libby's 1200 Union officers survived on cornbread and bug-infested soup and slept without blankets on the bare floor. To leave Libby, a prisoner had to either die -- or escape.

During the night of February 9, 1864, one-hundred-nine steel-nerved officers wriggled through a 550-foot tunnel to freedom. When those who survived the all-out Rebel manhunt reached Washington, their testimony spurred far-reaching investigations into the treatment of Union prisoners -- and a new cycle of retaliation against Rebel captives.

Libby Prison Breakout tells the largely unknown story of the most important escape of the Civil War from a Confederate prison, one that ultimately increased the North's and South's willingness to use prisoners in waging "total war."