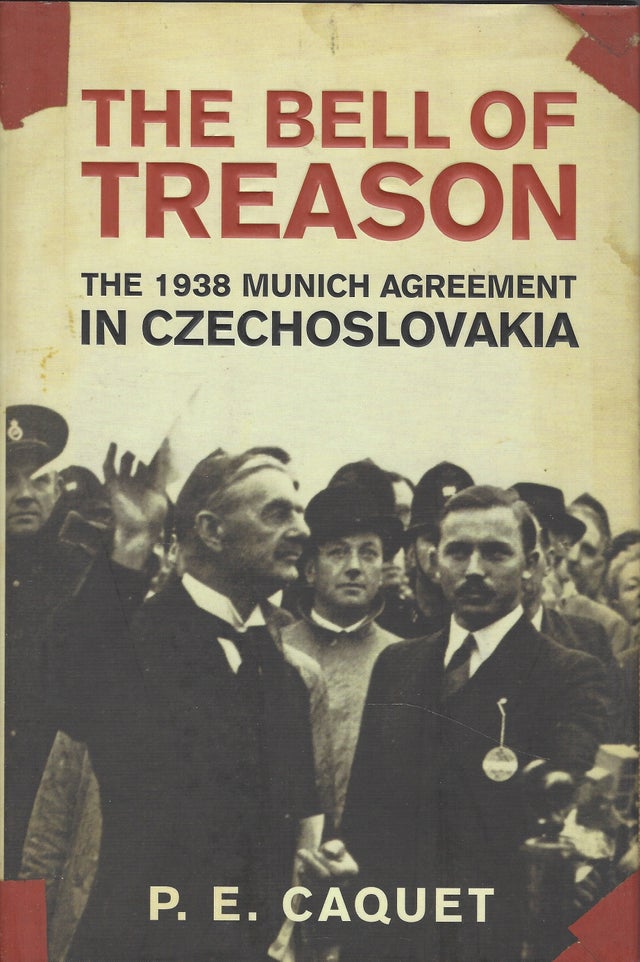 The Bell of Treason: The 1938 Munich Agreement in Czechoslovakia by P.E. Caquet

The Bell of Treason: The 1938 Munich Agreement in Czechoslovakia by P.E. Caquet

On returning from Germany on September 30, 1938, after signing an agreement with Hitler on the carve-up of Czechoslovakia, Neville Chamberlain addressed the British crowds: "My good friends.... I believe it is peace for our time. We thank you from the bottom of our hearts. Go home and get a nice quiet sleep." Winston Churchill rejoined: "You have chosen dishonor and you will have war."

P.E. Caquet's history of the events leading to the Munich Agreement and its aftermath is told for the first time from the point of view of the peoples of Czechoslovakia. Basing his work on previously unexamined sources, including press, memoirs, private journals, army plans, cabinet records, and radio, Caquet presents one of the most shameful episodes in modern European history. Among his most explosive revelations is the strength of the French and Czechoslovak forces before Munich; Germany's dominance turns out to have been an illusion. The case for appeasement never existed.

The result is a nail-biting story of diplomatic intrigue, perhaps the nearest thing to a morality play that history ever furnishes. The Czechoslovak authorities were Cassandras in their own country, the only ones who could see Hitler's threat for what it was, and appeasement as the disaster it proved to be. In Caquet's devastating account, their doomed struggle against extinction and the complacency of their notional allies finally gets the memorial it deserves.