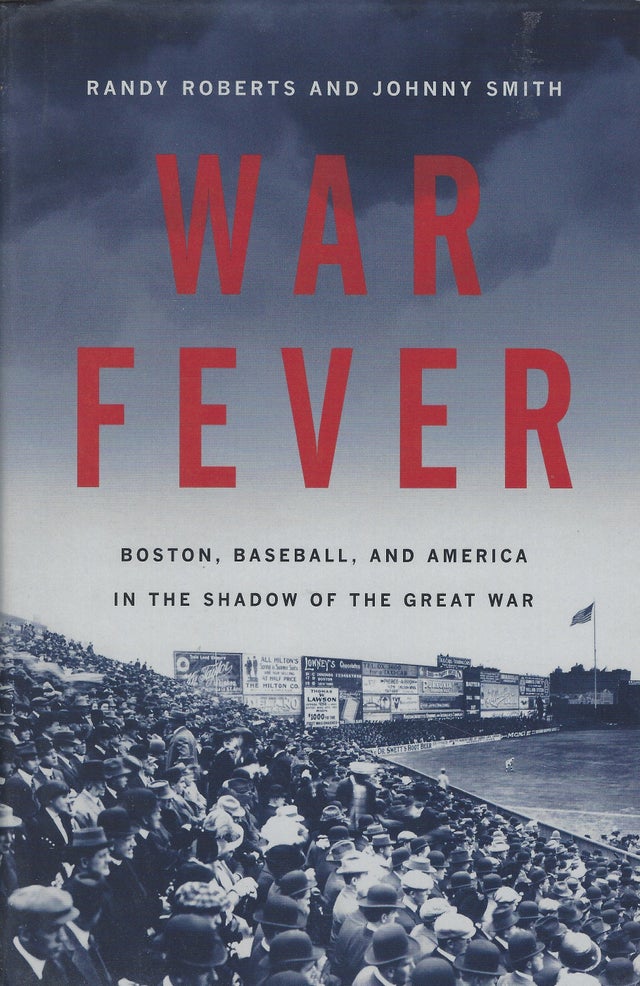 War Fever: Boston, Baseball, and America in the Shadow of the Great War by Randy Roberts and Johnny Smith

War Fever: Boston, Baseball, and America in the Shadow of the Great War by Randy Roberts and Johnny Smith

In the fall of 1918, as the Great War raged across the Atlantic, a fever gripped Boston. The streets emptied as the deadly Spanish flu spread through the city. Newspapermen and vigilante investigators aggressively sought to discredit anyone who looked or sounded German. And with every ounce of attention focused on the war effort, the enemy seemed to be lurking everywhere: prowling in submarines off the coast of Cape Cod, arriving on passenger ships in the harbor, or disguised as radical workers lecturing about the injustice of a sixty-hour workweek.

In such a delirious moment, Americans hungered for heroes and villains -- larger-than-life figures upon whom they could cast their hopes and fears, or who might simply offer a moment of distraction. War Fever explores this pivotal time in American history through the stories of three such men: Karl Muck, the German conductor of the Boston Symphony Orchestra, accused of being an enemy spy; Charles Whittlesey, a Harvard law graduate who became an unlikely hero in Europe; and the most famous baseball player of all time, Babe Ruth, poised to revolutionize the game he loved. Together they offer a gripping portrait of the United States at war and American culture in a moment of profound upheaval.