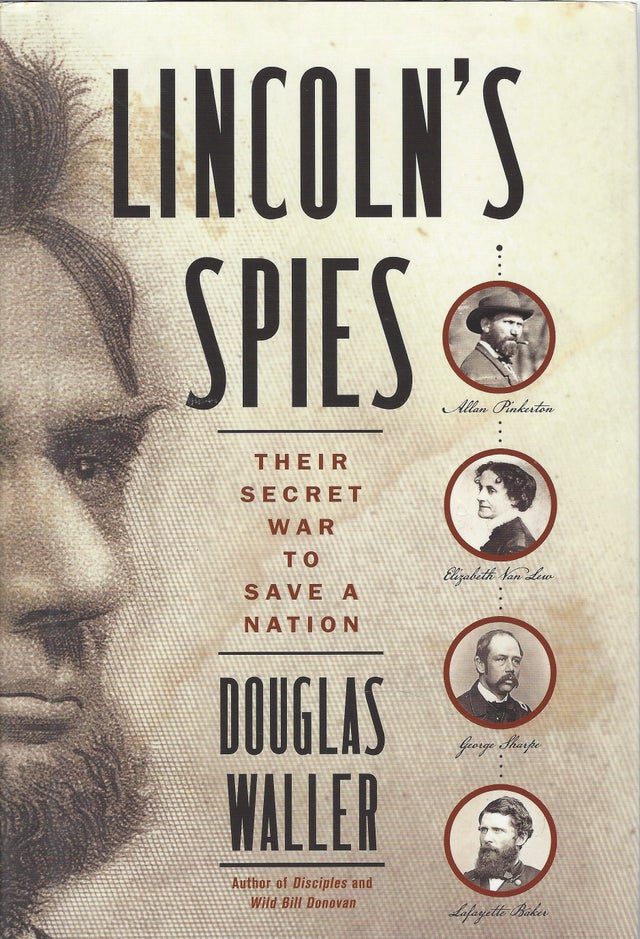 Lincoln's Spies: Their Secret War to Save a Nation by Douglas Waller

Lincoln's Spies: Their Secret War to Save a Nation by Douglas Waller

In the shadows of America's Civil War, a conflict raged out of sight -- the war of dangerous espionage, covert operations, and tangled intrigue. From the tense days before Abraham Lincoln's inauguration in 1861 to Lee's surrender at Appomattox in 1865, veteran journalist Douglas Waller delivers a riveting account of the heroes and the scoundrels who fought in secret to save the Union.

Lincoln's Spies is told through four operatives for the North. Allen Pinkerton, whose national detective agency had brought him national fame, became General George McClellan's failed spymaster, delivering inflated intelligence reports that made the Union general even more cautious. The ruthless and unscrupulous Lafayette Baker ran counter-espionage operations in Washington for the War Department, putting hundreds in jail and pocketing cash from graft he uncovered. George Sharpe, an erudite New York lawyer, successfully ran spying for generals Joseph Hooker, George Meade, and Ulysses S. Grant, outpacing anything the Confederates could field. The courageous Elizabeth Van Lew, a Virginia heiress, ran a Union espionage ring in Richmond. She provided Grant with critical information as his army closed in on the Rebel capital.

Behind these agents was an American president who became an avid consumer of intelligence and a ruthless aficionado of cover action, willing to take risks to win the war. The men and women who spied for Abraham Lincoln set the template for dark arts in the future. The phone tapping, human collection, and aerial snooping today's U.S. spy community engage in can be traced to the Civil War.