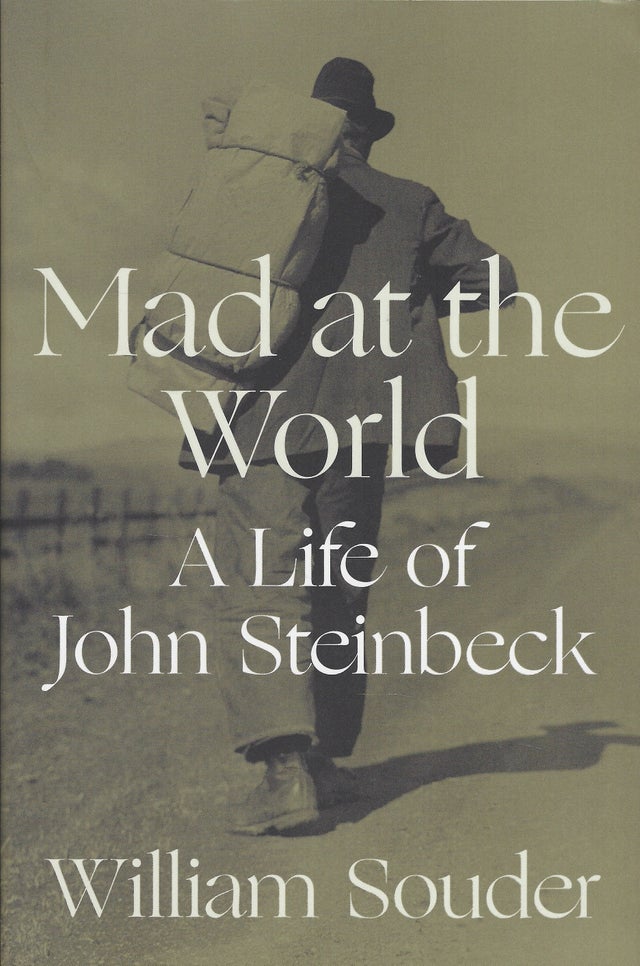 Mad at the World: A Life of John Steinbeck by William Souder

Mad at the World: A Life of John Steinbeck by William Souder

The first full-length biography of the Nobel laureate to appear in a quarter-century, Mad at the World illuminates what has made the work of John Steinbeck an enduring part of the literary canon: his capacity for empathy. Pulitzer Prize finalist William Souder explores Steinbeck's long apprenticeship as a writer struggling through the depths of the Great Depression, and his rise to greatness with masterpieces such as The Red Pony, Of Mice and Men, and The Grapes of Wrath. Angered by the plight of the Dust Bowl migrants who were starving even as they toiled to harvest California's limitless bounty, fascinated by the guileless decency of the downtrodden denizens of Cannery Row, and appalled by the country's refusal to recognize the humanity common to all of its citizens, Steinbeck took a stand against social injustice -- paradoxically given his inherent misanthropy -- setting him apart from the writers of the so-called "lost generation."

A man by turns quick-tempered, compassionate, and ultimately brilliant, Steinbeck could be a difficult person to like. Obsessed with privacy, he was mistrustful of people. Next to writing, his favorite things were drinking and womanizing and getting married, which he did three times. And while he claimed indifference about success, his mid-career books and movie deals made him a lot of money -- which passed through his hands as quickly as it came in. And yet Steinbeck also took aim at the corrosiveness of power, the perils of income inequality, and the urgency of ecological collapse, all of which drive public debate to this day.

Steinbeck remains our great social realist novelist, the writer who gave the dispossessed and the disenfranchised a voice in American life and letters. Eloquent, nuanced, and deeply researched, Mad at the World captures the full measure of the man and his work.