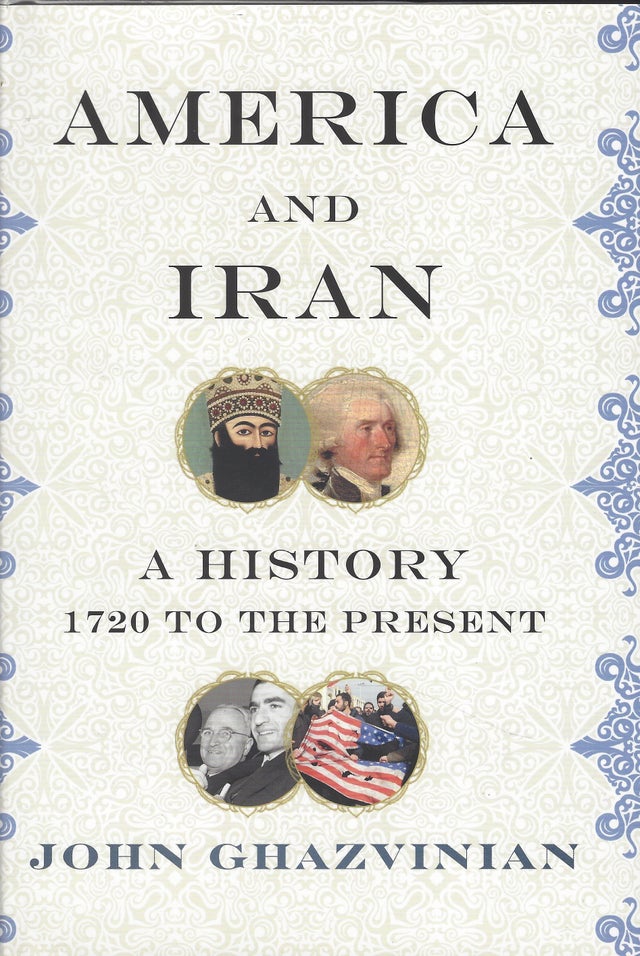 America and Iran: A History -- 1720 to the Present by John Ghazvinian

America and Iran: A History -- 1720 to the Present by John Ghazvinian

An important, ambitious, urgently needed book -- an illuminating portrait of the two-centuries-long entwined history of America and Iran, and the first to examine, in all its aspects, the rich and fraught relations between these two powers: once allies, now adversaries.

For most Americans, the history with Iran begins in 1979, with the hostage crisis in the U.S. embassy in Tehran. For most Iranians, it begins in 1953, with a coup called Operation Ajax, planned and organized by the first civilian-led CIA, which overthrew the democratically elected prime minister Mohammad Mosaddeq and reinstalled the exiled young shah on the Peacock Throne, convicting Mosaddeq of treason, and sending him to prison, with three hundred people killed in the process. But the history between these two nations is much richer than this and much less antagonistic.

For forty years, the United States has sought to portray Iran as a dangerous, destabilizing force in the Middle East -- an exporter of revolution, fanaticism, and fundamentalism throughout the region. And Iran has portrayed the United States as an equally dangerous and destabilizing force in the Middle East -- an arrogant and violent superpower bent on imposing its will on the Muslim world, an ignorant parvenu with little appreciation of the historical and cultural complexities of the region. For the past four decades, each country's government has accused the other of being a terrorist enemy, an agent of darkness and death around the world.

Now in this rich, fascinating account, John Ghazvinian traces the complex, little-known story of the relations between these two powers back to the Persian empire of the eighteenth century -- greatly admired by both Thomas Jefferson and John Quincy Adams -- and an America seen by Iranians as an ideal to emulate for their own government.

Drawing on years of archival research in both the United States and Iran -- including access to Iranian government archives rarely available to Western scholars -- the Iranian-born, Oxford-educated historian leads us through the four seasons of U.S.-Iran relations: the "spring" of mutual fascination; the "summer" of early interactions; the "autumn" of close strategic ties; and the long dark "winter" of mutual hatred.

Ghazvinian writes with a historian's insight and a storyteller's gifts, making clear where, how, and when it all went wrong. And he shows us why two countries that once had such heartfelt admiration for each other became such committed enemies; showing us, as well, how it didn't have to turn out this way.