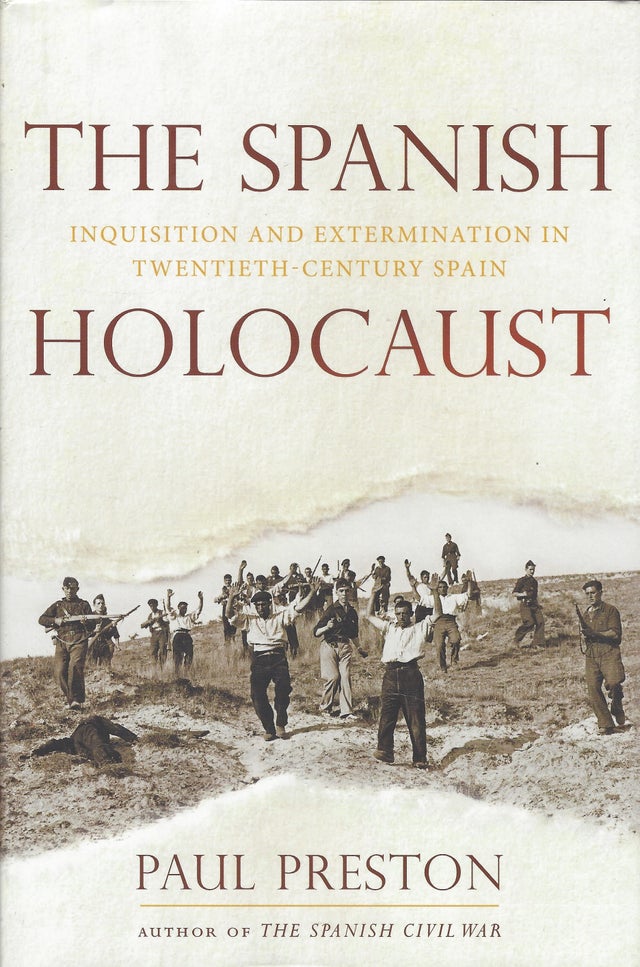 The Spanish Holocaust: Inquisition and Extermination in Twentieth-Century Spain by Paul Preston

The Spanish Holocaust: Inquisition and Extermination in Twentieth-Century Spain by Paul Preston

The remains of Generalissimo Francisco Franco lie in an immense mausoleum near Madrid, built with the blood and sweat of nearly 20,000 slave laborers. His enemies, however, met a much less exalted end. In addition to the 200,000 killed on the battlefield, tens of thousands of Spaniards were officially executed between 1936 and 1945, and as many again either disappeared in prisons and concentration camps or became "non-persons," their fates as obscured as the nation's collective memory during this terrible period.

As Spain now begins to reclaim its historical memory after more than a half-century of willful amnesia, a full picture can finally be given of what Paul Preston terms "the Spanish Holocaust": mass extra-judicial murder, executions after cursory military trials, torture, the systematic abuse of women and children, overcrowded prisons and camps, and the horrors of exile. The result is a work of brilliant scholarship, one in which Preston, the world's foremost historian of twentieth-century Spain, charts how and why Franco and his supporters set out to eliminate all "those who do not think as we do" and investigates fully the atrocities behind the Republican lines in response to the military coup of 1936.

In placing these atrocities within the context of the continent-wide horrors of the 1930s and 1940s, Preston gives us a comprehensive narrative that is illuminated by close-ups of key figures who justified and organized a series of monstrous acts on their victims. What emerges are penetrating portraits of the ruthless men who imposed the terror within both the rebel and loyalist zones, including Queipo de Llano, the deranged "radio general"; Major Vallejo Najera, the eugenicist who experimented on prisoners to locate the "red gene"; the anarchist Pascual Fresquet, whose squad in their "omnibus of death" terrorized southern Catalonia; and the Russian agents who helped organize the massacre of Paracuellos and murdered Trotskyists like POUM leader Andreu Nin.

Evoking such classics as Anne Applebaum's Gulag and Robert Conquest's The Great Terror, this groundbreaking work -- based on more than a decade of research -- sheds crucial light on one of the darkest and least-known areas of modern European history. It is an unforgettable account, one that accurately reflects the intense horrors provoked by the military coup of July 17m 1836 -- the consequences of which still reverberate bitterly within Spain today.