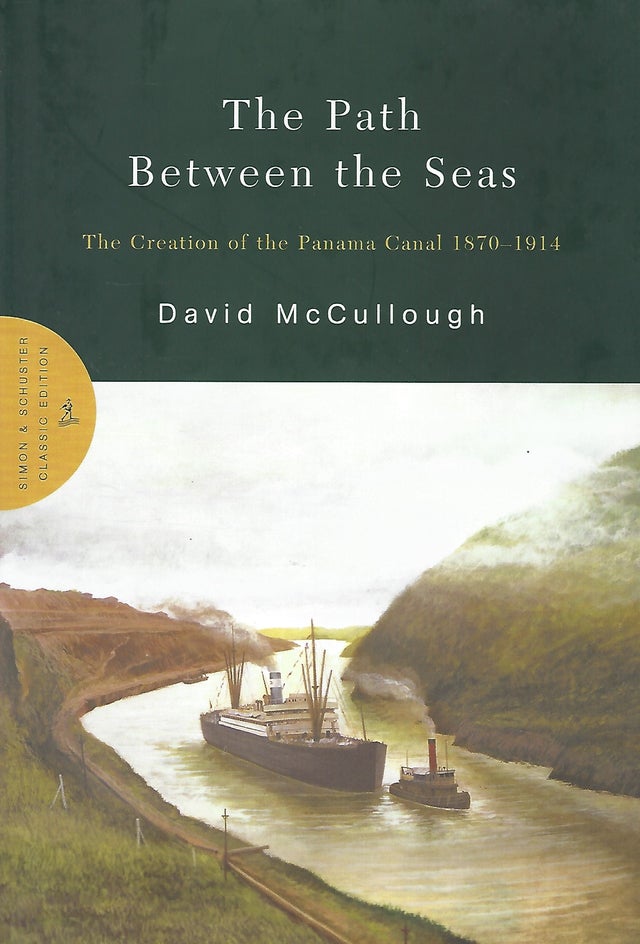 The Path Between the Seas: The Creation of the Panama Canal, 1870 - 1914 (Simon & Schuster Classic Edition) by David McCullough

The Path Between the Seas: The Creation of the Panama Canal, 1870 - 1914 (Simon & Schuster Classic Edition) by David McCullough

The building of the Panama Canal was one of the most grandiose, dramatic, and sweeping adventures of all time. Spanning nearly half a century, from its beginnings by a France in pursuit of glory to its completion by the United States on the eve of World War I, it enlisted men, nations, and money on a scale never before seen. Apart from the great wars, it was the largest, costliest single effort ever mounted anywhere on earth, and it affected the lives of tens of thousands of people throughout the world. Here in all its heartbreak and eventual triumph the epic adventure is brought vividly alive by the Pulitzer Prize-winning author of such books as The Johnstown Flood, The Great Bridge, Truman, and John Adams.

Filled with vivid detail and incident, The Path Between the Seas is not only a fact-filled account of an unprecedented engineering feat; it is also the story of the people who were caught up in it -- some to win fame and fortune, others to have their reputations and even their lives destroyed. For many, it was the adventure of a lifetime, an adventure whose like will never be seen again. Out of it came a revolution, the birth of a new nation, the conquest of yellow fever, and the expansion of American power.

Told from many viewpoints, this is an account drawn from previously unpublished and undiscovered sources, from interviews with actual participants and their families, from material gathered in Paris, Bogata, Panama, the Canal Zone, and Washington. It is a canvas filled with memorable people: Ferdinand de Lesseps and his son Charles, trying to repeat de Lessep's Suez triumph; Jules Verne; Paul Gauguin; Gustave Eiffel; A.T. Mahan and Richard Harding Davis; Senator Mark Hannah; Secretary of State John Hay; the incredible Philippe Bunau-Varilla, "the man who invented Panama"; Dr. William Gorgas; the forgotten American engineer hero John Stevens; Colonel George Washington Goethals; and above all, Theodore Roosevelt, who "took Panama" in 1903 and left his indelible stamp on the canal.

As informative as it is fascinating, The Bath Between the Seas is history told in the grand manner. With novelistic urgency, it presents one of the great stories of all time in an account that will remain definitive for many years to come.