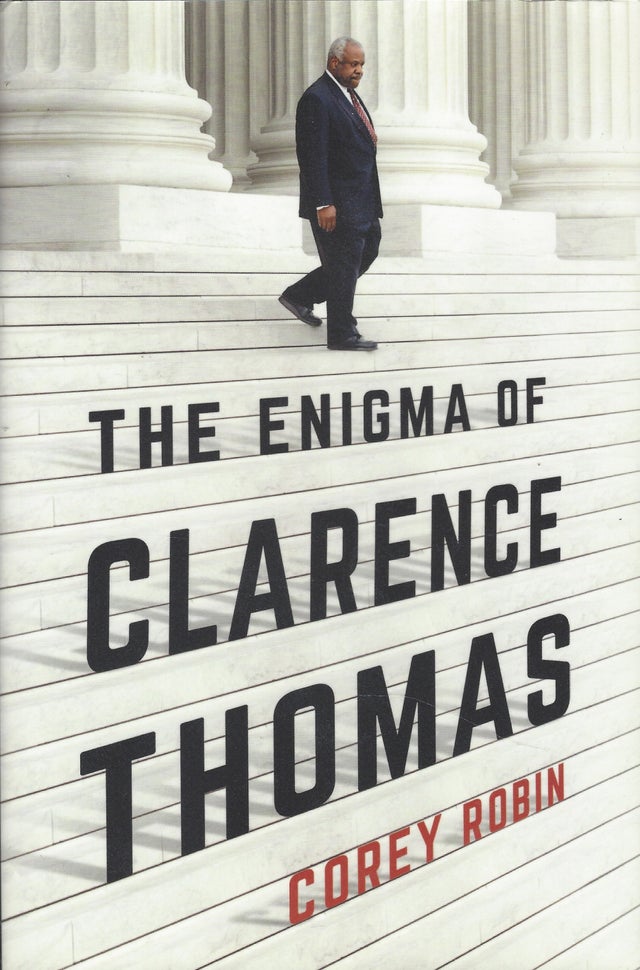 The Enigma of Clarence Thomas by Corey Robin

The Enigma of Clarence Thomas by Corey Robin

Most people can tell you two things about Clarence Thomas: Anita Hill accused him of sexual harassment, and he almost never speaks from the bench. Here are some things they don't know. Thomas is a black nationalist. In college he memorized the speeches of Malcolm X. He believes white people are incurably racist.

In the first examination of its kind, Corey Robin, one of the foremost analysts of the right -- delves deeply into both Thomas's biography and his jurisprudence, masterfully reading his Supreme Court opinions against the backdrop of his autobiographical and political writings and speeches. The hidden source of Thomas's conservative views, Robin shows, is a profound skepticism that racism can be overcome. Thomas is convinced that any government action on behalf of African Americans will be tainted by racism; the most African Americans can hope for is that white people will get out of their way.

There's a reason, Robin concludes, why liberals often complain that Thomas doesn't speak, but seldom pay attention when he does. Were they to listen, they'd hear a racial pessimism that often sounds similar to their own. Cutting across the ideological spectrum, this unacknowledged consensus about the impossibility of progress is key to understanding today's political stalemate.