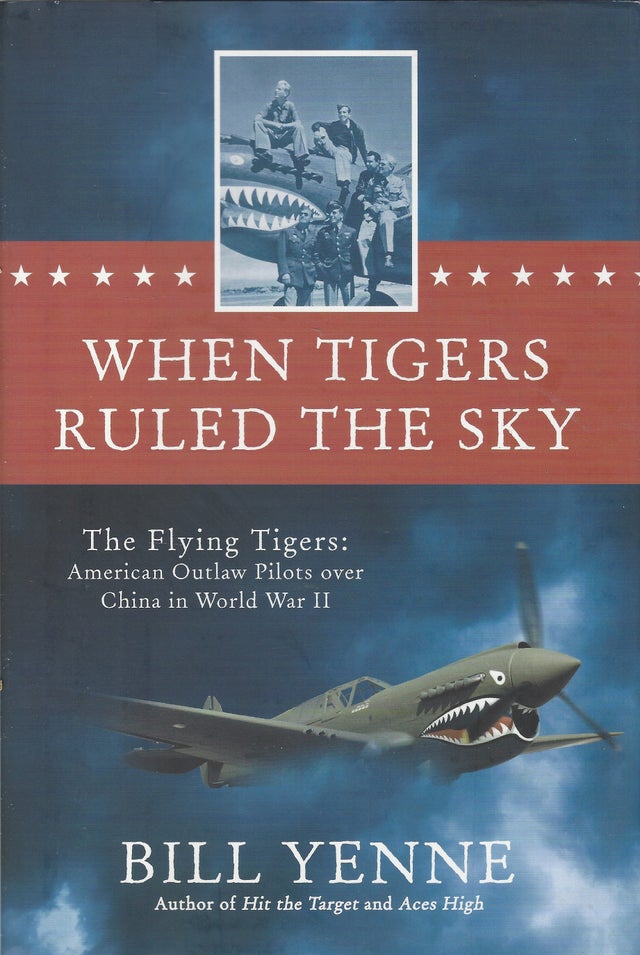 In 1940, Pearl Harbor had not yet been attacked, and America was not yet at war with Japan. But China had been trying to stave off Japanese aggression for three years -- and was desperate for aircraft and trained combat pilots. General Chiang Kai-shek sent military aviation advisor Claire Chennault to Washington, where President Roosevelt was sympathetic but knew he could not intervene overtly. Instead, he quietly helped Chennault put together a group of American volunteer pilots.

This was how the 1st American Volunteer Group -- more commonly known as the Flying Tigers -- was born.

With the trademark smiling shark jaws on their P-40 fighters, these army, navy, and marine pilots became a sensation as they fought for the Chinese. Those who initially doubted them were eventually in awe as they persevered over Rangoon despite being outnumbered four to one by Japanese aircraft; as they were described by Madame Chiang Kai-shek as her "little angels" and by a Chinese foreign minister as "the soundest investment China ever made"; and as they ultimately destroyed hundreds of Japanese planes while losing only a dozen of their own in combat. Two of their veterans would later receive the Medal of Honor -- and as a group, the Flying Tigers managed to rack up a better record than any other air wing in the Pacific Theater. When Tigers Ruled the Sky is a thrilling and triumphant account of their courage and their legacy.