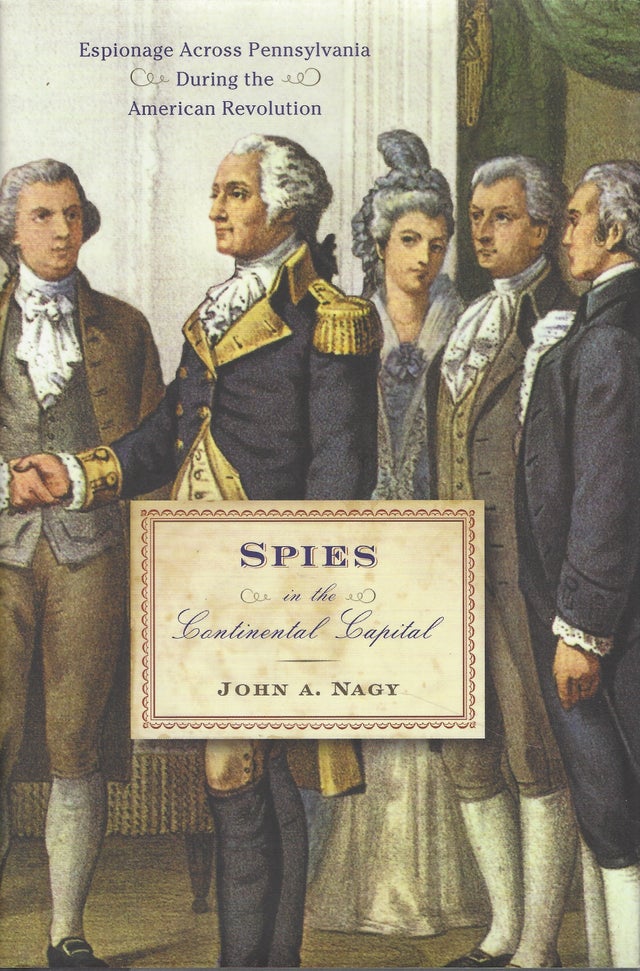 Spies in the Continental Capital: Espionage Across Pennsylvania During the American Revolution by John A. Nagy

Spies in the Continental Capital: Espionage Across Pennsylvania During the American Revolution by John A. Nagy

It did not take long after the Seven Years' War -- the French and Indian War in North America -- for France to return spies to America in order to determine the likelihood of regaining the territory they lost to Britain. One of the key places of French espionage was the colony of Pennsylvania since its frontier had been an important crossroads of French influence in North America. The French recognized then that there was a real possibility that the colonies would seek their independence from Britain. Against this backdrop, award-winning historian John A. Nagy begins his investigation of espionage in colonial Pennsylvania.

Philadelphia played a key role in the history of spying during the American Revolution because it was the main location for the Continental Congress, was occupied by the British Command, and then returned to Continental control. Philadelphia became a center of spies for the British and Americans -- as well as double agents. George Washington was a firm believer in reliable military intelligence; after evacuating New York City, he neglected to have a spy network in place: when the British took over Philadelphia, he did not make the same mistake, and Washington was able to keep abreast of British troop strengths and intentions. Likewise, the British used the large Loyalist community around Philadelphia to assess the abilities of their Continental foes, as well as the resolve of Congress.

In addition to describing techniques used by spies and specific events, such as the Major Andre episode, Nagy has scoured rare primary source documents to provide new and compelling information about some of the most notable agents of the war, such as Lydia Darragh, a celebrated American spy.

An important contribution to Revolutionary War history, Spies in the Continental Capital demonstrates that intelligence operations on both sides emanating from Pennsylvania were vast, well-designed, and critical to understanding the course and outcome of the war.