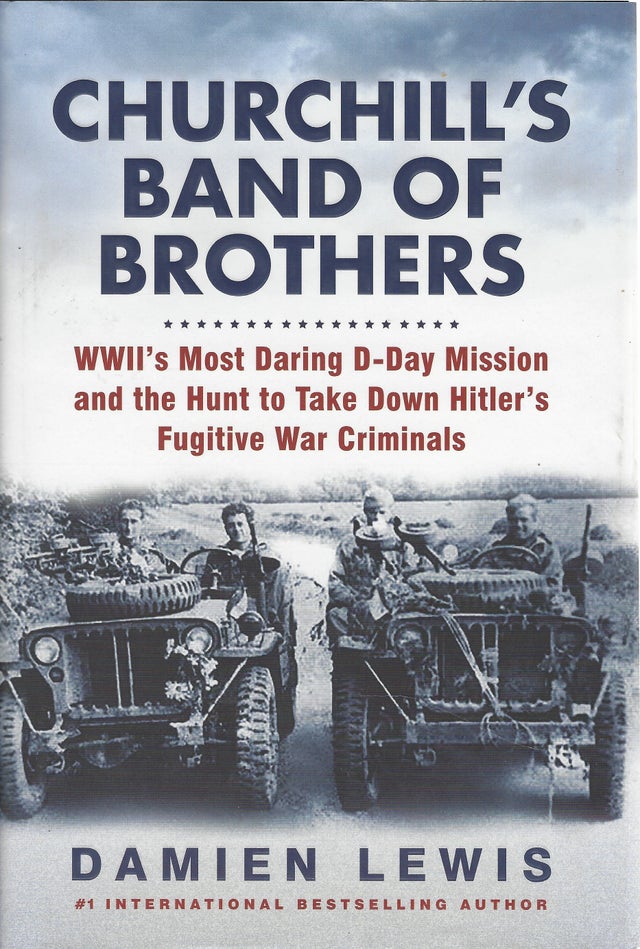 Churchill's Band of Brothers: WWII's Most Daring D-Day Mission and the Hunt to Take Down Hitler's Fugitive War Criminals

Churchill's Band of Brothers: WWII's Most Daring D-Day Mission and the Hunt to Take Down Hitler's Fugitive War Criminals by Damien Lewis

On the night of June 13th, 1944, a twelve-man SAS unit parachuted into occupied France. Their objective: hit German forces deep behind the lines, cutting the rail-tracks linking Central France to the northern coastline. In a country crawling with enemy troops, their mission was to prevent Hitler from rushing his Panzer divisions to the D-Day beaches and driving the Allied troops back into the sea. It was a Herculean task, but no risk was deemed too great to stop the Nazi assault. In daring to win it all, the SAS patrol was ultimately betrayed, captured, and tortured by the Gestapo before facing execution in a dark French woodland on Hitler's personal orders. Miraculously, two of the two condemned men managed to escape, triggering one of the most secretive Nazi-hunting operations ever, as the SAS vowed to track down every one of the war criminals who had murdered their brothers in arms... all with Churchill's covert backing.

With Nazi Germany's lightning seizure of much of Western Europe, British Prime Minister Winston Churchill had called for the formation of specially trained troops of the "hunter class." Their purpose was to incite a reign of terror across enemy-occupied Europe. Churchill's warriors were to shatter all known rules of warfare, taking the fight to the enemy with no holds barred. In doing so, the Special Air Service would be tested as never before during the pivotal D-Day landings, and the quest for vengeance that followed.

Breathtaking and exhaustively researched, Churchill's Band of Brothers is based upon a raft of new and unseen material provided by the families of those who were there. It reveals the untold story of one of the most daring missions of WWII, that not only had ramifications for the war itself but lead to the most extraordinary and gripping of aftermaths.