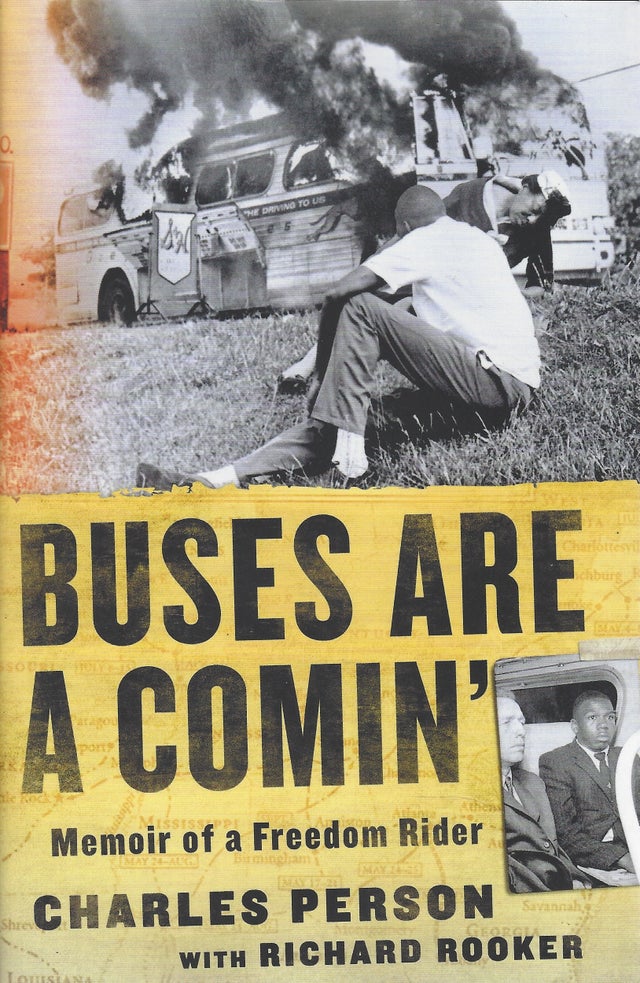 Buses Are a Comin': Memoir of a Freedom Rider by Charles Person with Richard Rooker

Buses Are a Comin': Memoir of a Freedom Rider by Charles Person with Richard Rooker

Two buses proceeded through Virginia and North and South Carolina to Georgia, where they were greeted by Dr. Martin Luther King Jr., and finally to Alabama. There the Freedom Riders found their answer: no. Southern states would continue to disregard federal law and use violence to enforce racial segregation. One bus was burned to a shell, its riders narrowly escaping; the second, which Charles rode, was set upon by a mob that beat several riders nearly to death.

Buses Are a Comin' provides a front-row view of the struggle to belong in America, as Charles Person accompanies his colleagues off the bus, into the station, into the mob, and into history to help defeat segregation's violent grip on African American lives. It is also a challenge from a teenager of a previous era to the young people of today. Become agents of transformation. Stand firm. Create a more just and moral country where students have a voice, youth can make a difference, and everyone belongs.