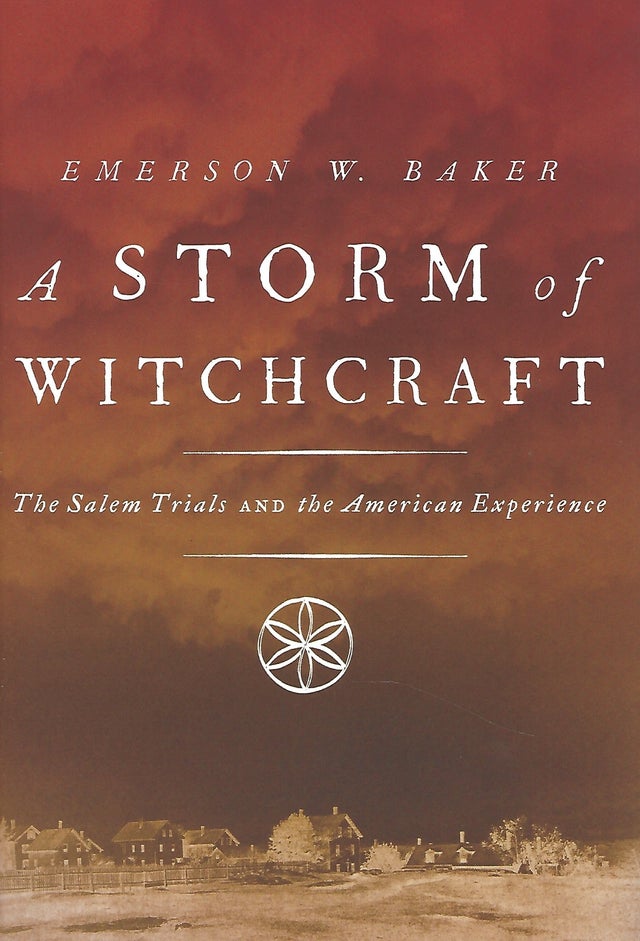 A Storm of Witchcraft: The Salem Trials and the American Experience by Emerson W. Baker

A Storm of Witchcraft: The Salem Trials and the American Experience by Emerson W. Baker

In January 1692, strange things started happening in the Massachusetts Bay colony. In Salem Village, young women began suffering from torments, causing them to shriek and contort their bodies; they complained of pins being stuck into their flesh and of harassment by specters. As more villagers fell victim to these startling and inexplicable symptoms, the community became convinced that it was in the throes of a massive outbreak -- a veritable storm -- of witchcraft. The authorities, responding to accusations and pushed into action, began to hunt down and prosecute those believed responsible for the demonic work. The resulting Salem witch trials, in which more than 150 individuals were accused of witchcraft, shook the colony and resulted in the deaths of 25 people, 19 of whom were executed.

Emerson Baker explores the rich catalog of explanations that have been put forward over the years to explain the mystery of what happened in 1692 -- such as hysteria brought on by ergot poisoning or encephalitis -- but ultimately shows that there was no single factor. Rather, behind the events in Salem and surrounding towns was a unique convergence of conditions, including a new charter and government, a grim and bloody frontier war in Maine, and sectarian and political power struggles. Focusing on the key players in the outbreak -- the accused witches and the people they allegedly bewitched, as well as the judges and government officials who prosecuted them -- Baker illuminates why the Salem tragedy unfolded as it did. He also shows how the Puritan government's attempts to suppress what had taken place only fueled the popular imagination and established the trials as a turning point from Puritan communalism to Yankee independence.

Authoritative, immersive, and compulsively readable, A Storm of Witchcraft guides us through the archival evidence and books that have built up over the centuries on Salem and locates the essential points. It also sets the trials in the broader context of American history from the 1620s up through the present and reveals the ways their legacy remains with us. Most of all, it provides a vivid narrative of one of the most harrowing and haunting episodes in American history.