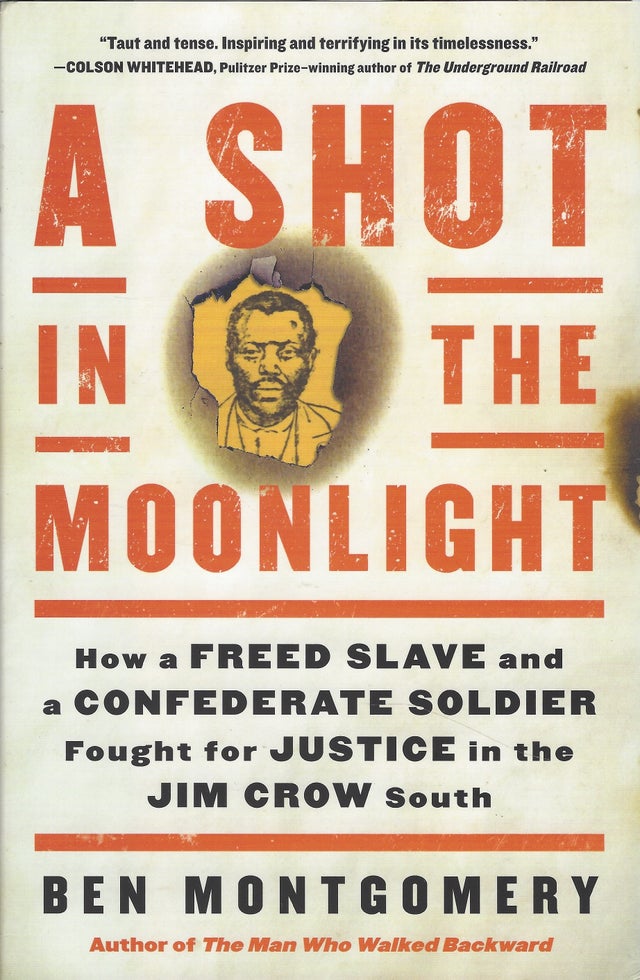 A Shot in the Moonlight: How a Freed Slave and a Confederate Soldier Fought for Justice in the Jim Crow South by Ben Montgomery

A Shot in the Moonlight: How a Freed Slave and a Confederate Soldier Fought for Justice in the Jim Crow South by Ben Montgomery

After moonrise on the cold night of January 21, 1897, a mob of twenty-five white men gathered in a patch of woods near Big Road in southwestern Simpson County, Kentucky. Half carried rifles and shotguns, and a few had pistols tucked in their pants. Their target was George Dinning, a freed slave who'd farmed peacefully in the area for fourteen years, and who had been wrongfully accused of stealing livestock from a neighboring farm. When the mob began firing through the doors and windows of Dinning's home, he fired back in self-defense, shooting and killing the son of a wealthy Kentucky family.

So began one of the strangest legal episodes in American history -- one that ended with Dinning becoming the first Black man in the South to beat a lynch mob in court.

Drawing on a trove of never-before-published material, bestselling author and Pulitzer Prize finalist Ben Montgomery resurrects this dramatic but largely forgotten story, and the unusual convergence of characters -- among them a Confederate war-hero-turned lawyer named Bennett H. Young, Kentucky governor William O'Connell Bradley, and George Dinning himself -- that allowed this unlikely story of justice to unfold at a time and in a place where justice was all too rare.