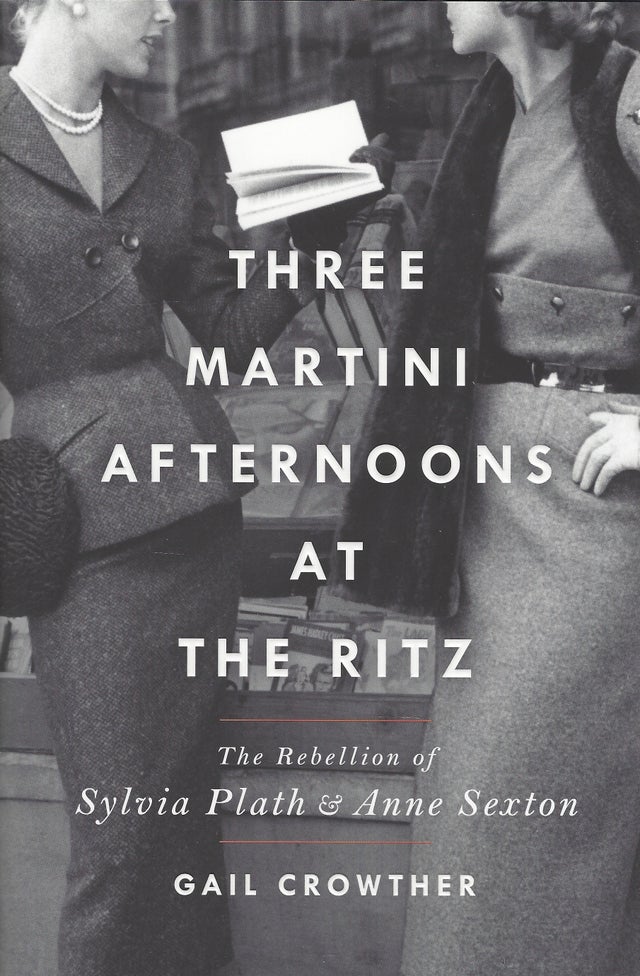 Three Martini Afternoons at the Ritz: The Rebellion of Sylvia Plath & Anne Sexton by Gail Crowther

Three Martini Afternoons at the Ritz: The Rebellion of Sylvia Plath & Anne Sexton by Gail Crowther

Introduced at a workshop at Boston University led by the acclaimed and well-known poet Robert Lowell, Sylvia Plath and Anne Sexton formed a friendship that involved fierce rivalry, jealousy, and respect in equal measure. With weekly martini meetings at the Ritz-Carlton's bar to discuss everything from sex to suicide, theirs was a relationship as complex as their poetry.

In the years that followed, these two women would not only become Pulitzer Prize winners and iconic literary figures but they would also lead curiously parallel lives haunted by mental illness, suicide attempts, self-doubt, and difficult personal relationships. Both perfected the art of appearing to conform to the expectations of 1950s America, yet they were so far from accepting that role, their subversion hidden in plain sight.

Based on in-depth research and unprecedented archival access, Three-Martini Afternoons at the Ritz weaves together the stories of these remarkable women against the backdrop of their particular historical moment, exploring the maelstrom of their dramatic lives with a focus on power, ambition, marriage, and motherhood. It is an intimate and unforgettable look at two legendary poets and how their work has made them lasting and beloved cultural figures.