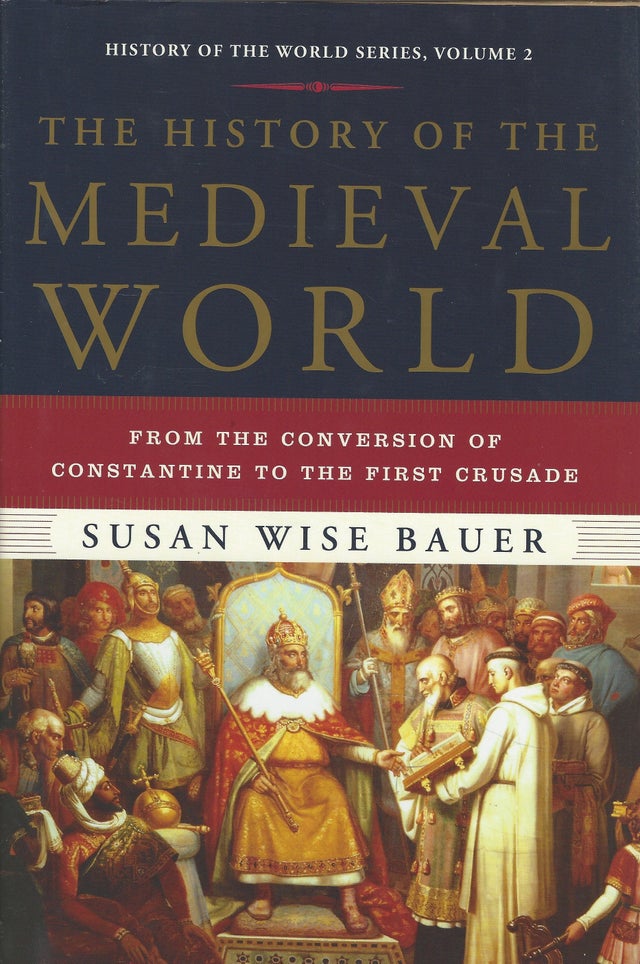 The History of the Medieval World: From the Conversion of Constantine to the First Crusade by Susan Wise Bauer

The History of the Medieval World: From the Conversion of Constantine to the First Crusade by Susan Wise Bauer

In her earlier work, The History of the Ancient World, Susan Wise Bauer wrote of the rise of kingship based on might. But in the years between the fourth and twelfth centuries, rulers had to find new justification for their power, and they turned to divine truth or grace to justify political and military action. Right began to replace might as the engine of empire.

Not just Christianity and Islam, but also the religions of the Persians, the Germans, and the Mayas were pressed into the service of the state. Even Buddhism and Confucianism became tools for nation-building. This phenomenon -- stretching from the Americas all the way to Japan -- changed religion, but it also changed the state.

The History of the Medieval World is a true world history, linking the great conflicts of Europe to the titanic struggles for power in India and Asia. In its pages, El Cid and Guanggaeto, Julian the Apostate and the Brilliant Emperor, Charles the Hammer, and Krum the Bulgarian stand side by side. From the schism between Rome and Constantinople to the rise of the Song Dynasty, from the mission of Muhammad to the crowning of Charlemagne, from the sacred wars of India to the establishment of the Knights Templar, this erudite book tells the fascinating, often violent story of kings, generals, and the peoples they ruled.