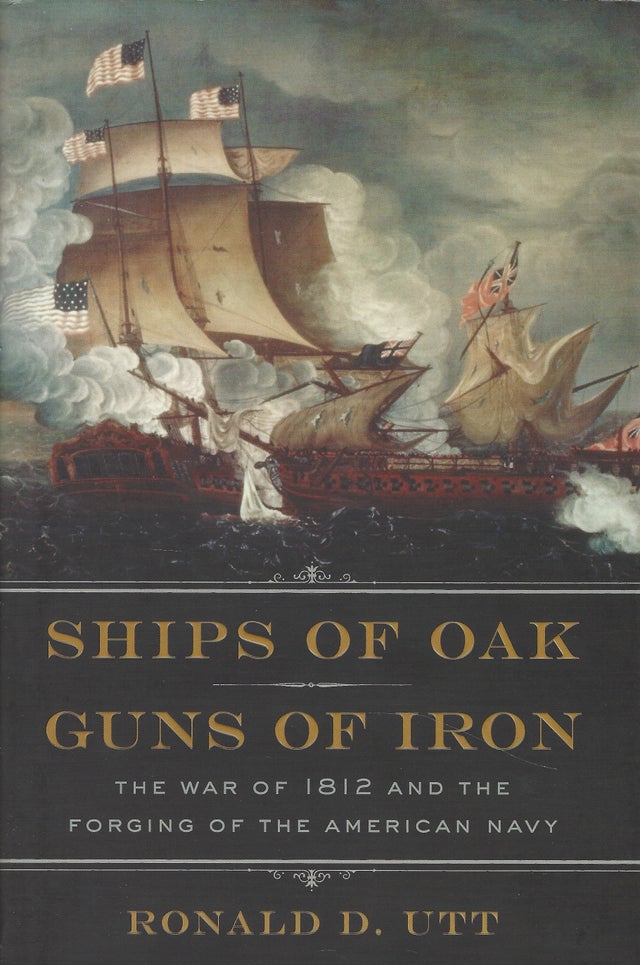 Ships of Oak, Guns of Iron: The War of 1812 and the Forging of the American Navy by Ronald D. Utt.

Ships of Oak, Guns of Iron: The War of 1812 and the Forging of the American Navy by Ronald D. Utt.

All of us have heard of the War of 1812, but how many of us actually know anything about it -- about Andrew Jackson's rousing defense of New Orleans, the burning of the White House, and most especially the swashbuckling war at sea in which the young United States Navy manhandled the greatest naval power on the planet?

If you've ever wanted to learn about the United States Navy's first great war at sea, you're in for a treat with Ships of Oak, Guns of Iron. From his years of research and passion for the "age of fighting sail," author Ronald Utt provides a panoramic view of the naval War of 1812 -- rich in high-seas heroism, captivating in anecdote and detail -- rescuing some of the Navy's greatest historical triumphs from undeserved oblivion.

Ships of Oak, Guns of Iron is a stirring account of how an American fleet of only seventeen ships bested the five-hundred-ship-strong Royal Navy in a string of early victories that astonished both sides, highlighting how American courage, gunnery, and skill could prove itself against the most daunting odds. Ronald Utt paints vivid portraits of the heroes -- including Stephen Decatur, James "Don't Give Up the Ship!" Lawrence, Oliver Hazard Perry, and Francis Scott Key -- to give readers an unforgettable experience of the War of 1812. If you are interested in American history, the history of the United States Navy, or just plain real-life adventure stories, you owe it to yourself to read Ships of Oak, Guns of Iron.