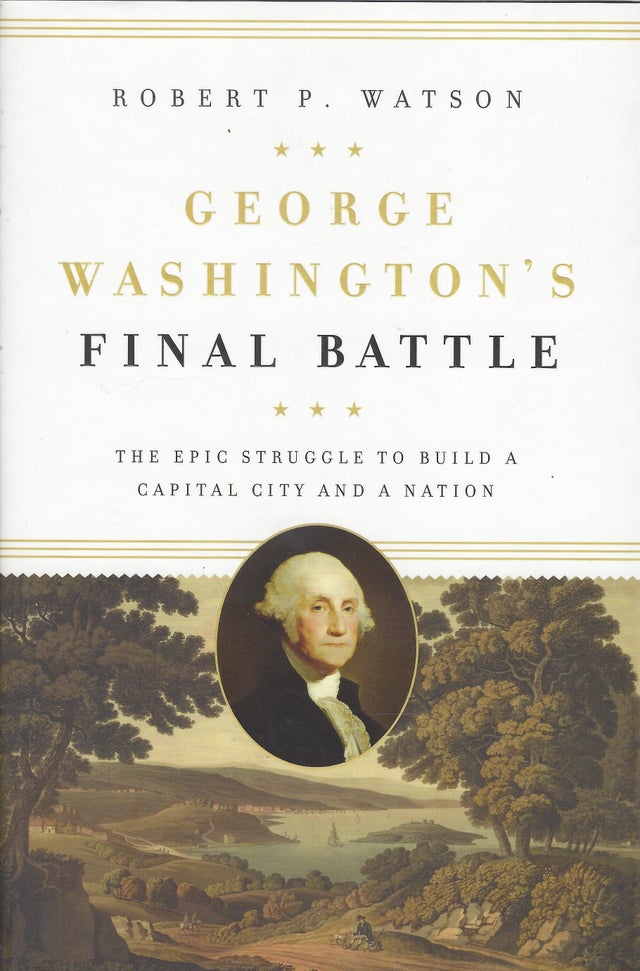 George Washinton's Final Battle: The Epic Struggle to Build a Capital City and a Nation by Robert P. Watson

George Washinton's Final Battle: The Epic Struggle to Build a Capital City and a Nation by Robert P. Watson

George Washington is remembered for leading the Continental Army to victory, presiding over the Constitution, and forging a new nation, but few know the story of his involvement in the establishment of a capital city and how it nearly tore the United States apart.

In George Washington's Final Battle, Robert P. Watson brings this tale to life, telling how the country's first president tirelessly advocated for a capital on the shores of the Potomac. Washington envisioned and had a direct role in planning many aspects of the city that would house the young republic. In doing so, he created a landmark that gave the fledgling democracy credibility, united a fractious country, and created a sense of American identity.

Although Washington died just months before the federal government's official relocation, his vision and influence live on in the city that bears his name.

This little-known story of founding intrigue throws George Washington's political acumen into sharp relief and provides a historical lesson in leadership and consensus-building that remains relevant today. This book will fascinate anyone interested in the founding period, the American presidency, and the history of Washington, D.C.