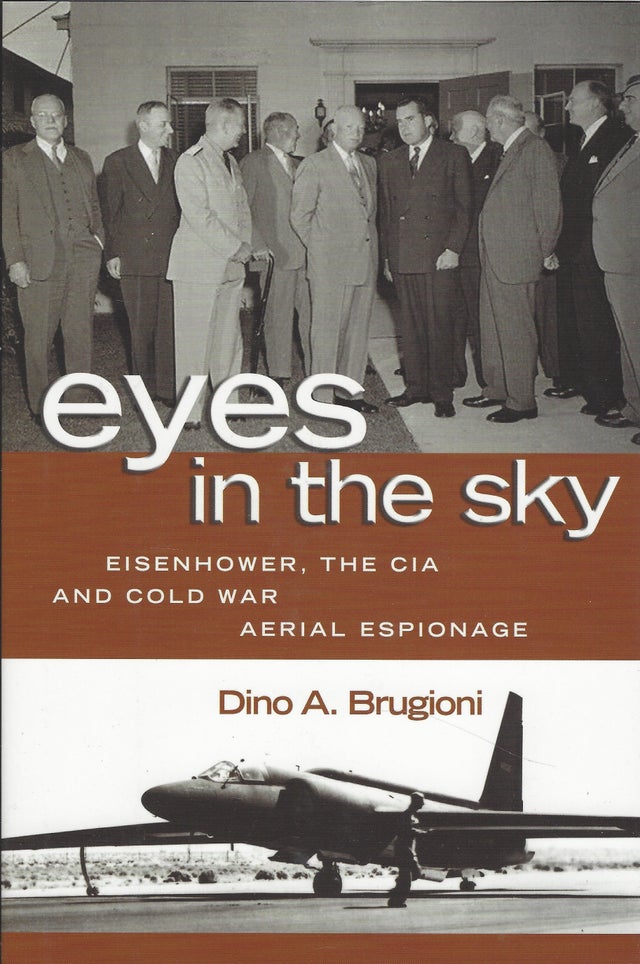 Eyes in the Sky: Eisenhower, the CIA, and Cold War Aerial Espionage by Dino A. Brugioni

Eyes in the Sky: Eisenhower, the CIA, and Cold War Aerial Espionage by Dino A. Brugioni

Dino A. Brugioni, author of the bestselling account of the Cuban Missile crisis, Eyeball to Eyeball draws on his long CIA career as one of the world's premier experts on aerial reconnaissance to provide the inside story of President Dwight D. Eisenhower's efforts to use spy planes and satellites to gather military intelligence. He demonstrates that Eisenhower was a hands-on president who, contrary to popular belief, took an active role in assuring that the latest technology was used to gather aerial intelligence. This previously untold story of the secret Cold War espionage program makes full use of the author's own firsthand knowledge and of the information gained from interviews with important participants. As a founder and senior officer of the CIA's National Photographic Interpretation Center, Brugioni was a key player in keeping Eisenhower informed of all developments, and he sheds new light on the president's contributions toward building an effective and technologically advanced aerial reconnaissance organization.

Eyes in the Sky provides details of the president's backing of the U-2's development and its use to dispel the bomber gap, to provide data on Soviet missile and nuclear efforts, and to deal with crises in the Suez, Lebanon, Tibet, Indonesia, East Germany, and the Quemoy and Matsu Islands. Brugioni offers new information about Eisenhower's order of U-2 flights over Malta, Cyprus, Toulon, and Israel and subsequent warnings to the British, French, and Israelis that the U.S. would not support an invasion of Egypt. He notes that the president also backed the development of the Corona photographic satellite, which eventually proved the missile gap with the Soviet Union didn't exist, and a variety of other satellite systems that detected and monitored problems around the world.