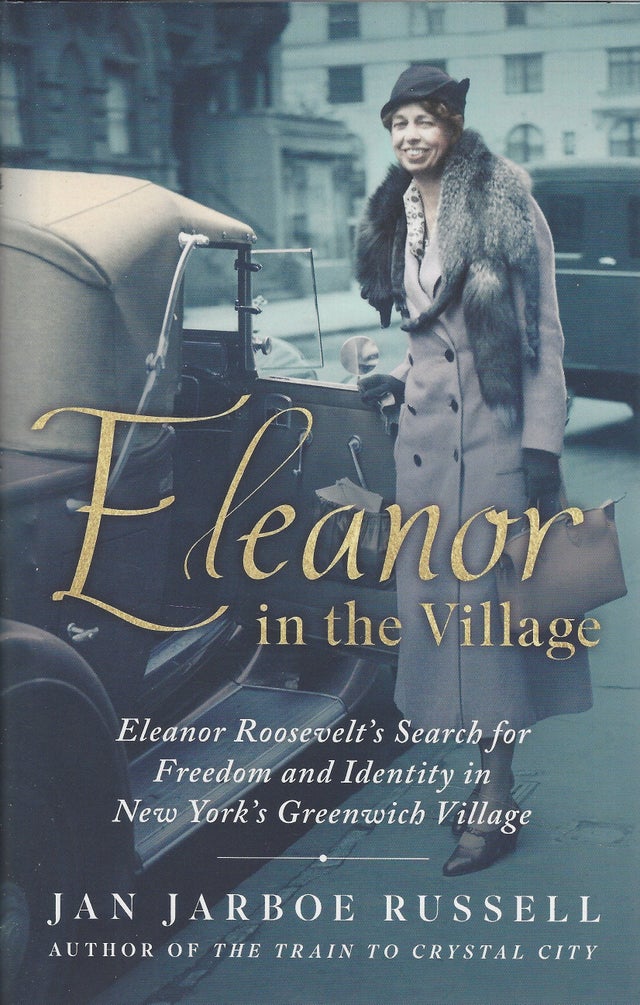 Eleanor in the Village: Eleanor Roosevelt's Search for Freedom and Identity in New York's Greenwich Village by Jan Jarboe Russell

Eleanor in the Village: Eleanor Roosevelt's Search for Freedom and Identity in New York's Greenwich Village by Jan Jarboe Russell

Hundreds of books have been written about Eleanor Roosevelt, yet, as America's longest-serving first lady, she remains a compelling and elusive figure. Perhaps the most mysterious period of her life began with her decision in 1920 to step away from her duties as the mother of five young children and move downtown to Greenwich Village in New York City, then the epicenter of all forms of transgressive freedom and subversive political activity in America.

When Eleanor moved there, the Village was a neighborhood of rogues and outcasts, a zone of bohemians, artists, anarchists, and misfits. In the Village's narrow, meandering tree-lined streets and tiny alleys, she discovered a miniature society where personal idiosyncrasy could flourish. Eleanor joined the cohort of what then was called the "New Women" in Greenwich Village. Unlike the flappers, the New Women had a much more serious agenda, organizing for social change and insisting on their own sexual freedom.

In this fascinating, in-depth portrait of a woman and a place, historian Jan Jarboe Russell pulls back the curtain on Eleanor's life to reveal the motivations and desires that drew her to the Village -- a world away from the Victorian propriety, debutante balls, and New York society gatherings in which she grew up -- and how her time there transformed her sense of self and influenced her political outlook for the rest of her life.