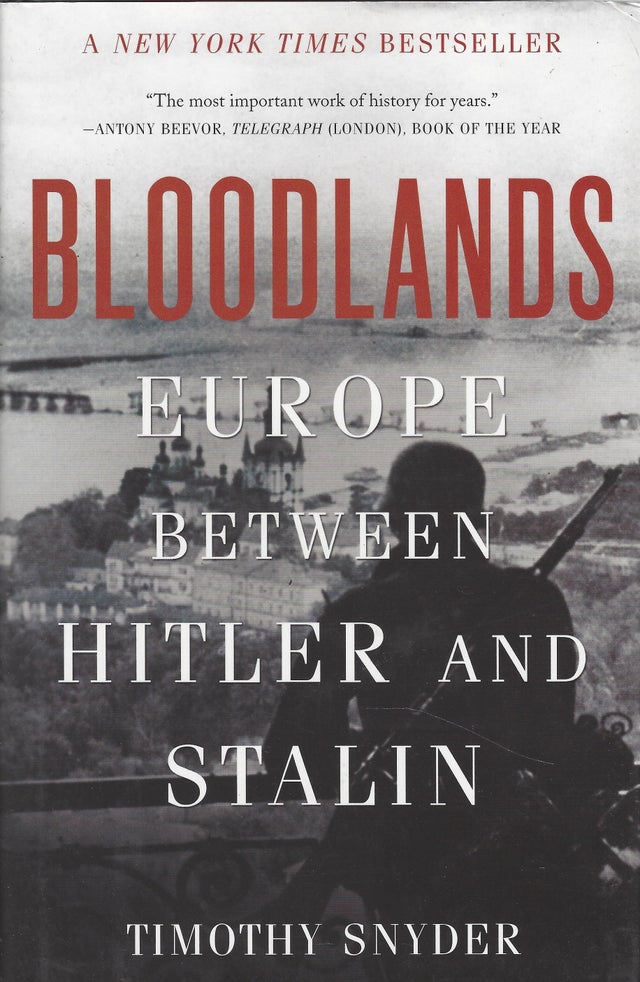 Bloodlands: Europe Between Hitler and Stalin by Timothy Snyder

Bloodlands: Europe Between Hitler and Stalin by Timothy Snyder

Americans think of World War II as "the good war." But before it even began, America's wartime ally Stalin had shot and starved millions of his own citizens and continued to do so throughout the war. Though American soldiers liberated concentration camps, they never reached the death factories, killing fields, and starvation sites where Hitler and Stalin murdered civilians on a massive scale. In twelve years, in deliberate killing policies unrelated to combat, the Nazi and Soviet regimes killed fourteen million people in a zone of death between Berlin and Moscow. At war's end, the bloodlands fell behind the iron curtain, leaving their history in darkness.

In Bloodlands, acclaimed historian Timothy Snyder offers a groundbreaking investigation of the place where Europeans were murdered by the millions, and a sustained explanation of the motives and methods of both Hitler and Stalin. He anchors the history of Hitler's Holocaust and Stalin's Terror in their time and place, introduces forgotten episodes of Nazi and Soviet mass killing, and provides a fresh account of the relationship between the two regimes. Using scholarly literature and primary sources in all relevant languages, Snyder pays special attention to the sources left by the victims: the letters home, the notes flung from trains, the diaries found on corpses.

Assiduously researched, deeply humane, and utterly definitive, Bloodlands is required reading for anyone seeking to understand the central tragedy of modern history.