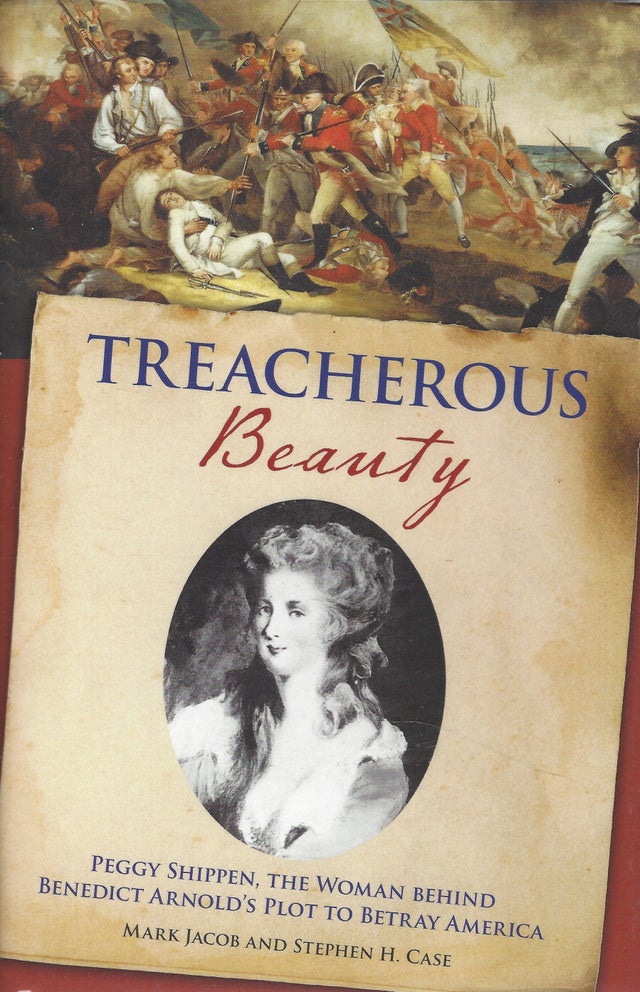 Histories of the Revolutionary War have long honored heroines such as Betsy Ross, Abigail Adams, and Molly Pitcher. Now, more than two centuries later, comes the first biography of one of the war's most remarkable women, a beautiful Philadelphia society girl named Peggy Shippen. While war was raging between England and its rebellious colonists, Peggy befriended a suave British officer and then married a crippled revolutionary general twice her age. She brought the two men together in a treasonous plot that nearly turned George Washington into a prisoner and changed the course of the war. Peggy Shippen was Mrs. Benedict Arnold.

After the conspiracy was exposed, Peggy managed to convince powerful men like Washington and Alexander Hamilton of her innocence. The Founding Fathers were handicapped by the common view that women lacked the sophistication for politics or warfare, much less treason. And Peggy took full advantage.

Peggy was to the American Revolution what the fictional Scarlett O'Hara was to the Civil War: a woman whose survival skills trumped all other values. Had she been a man, she might have been arrested, tried, and executed. And she might have become famous. Instead, her role was minimized and she was allowed to recede into the background -- with a generous British pension in hand.

In Treacherous Beauty, Mark Jacob and Stephen H. Case tell the true story of Peggy Shippen, a driving force in a conspiracy that came within an eyelash of dooming the American democracy.